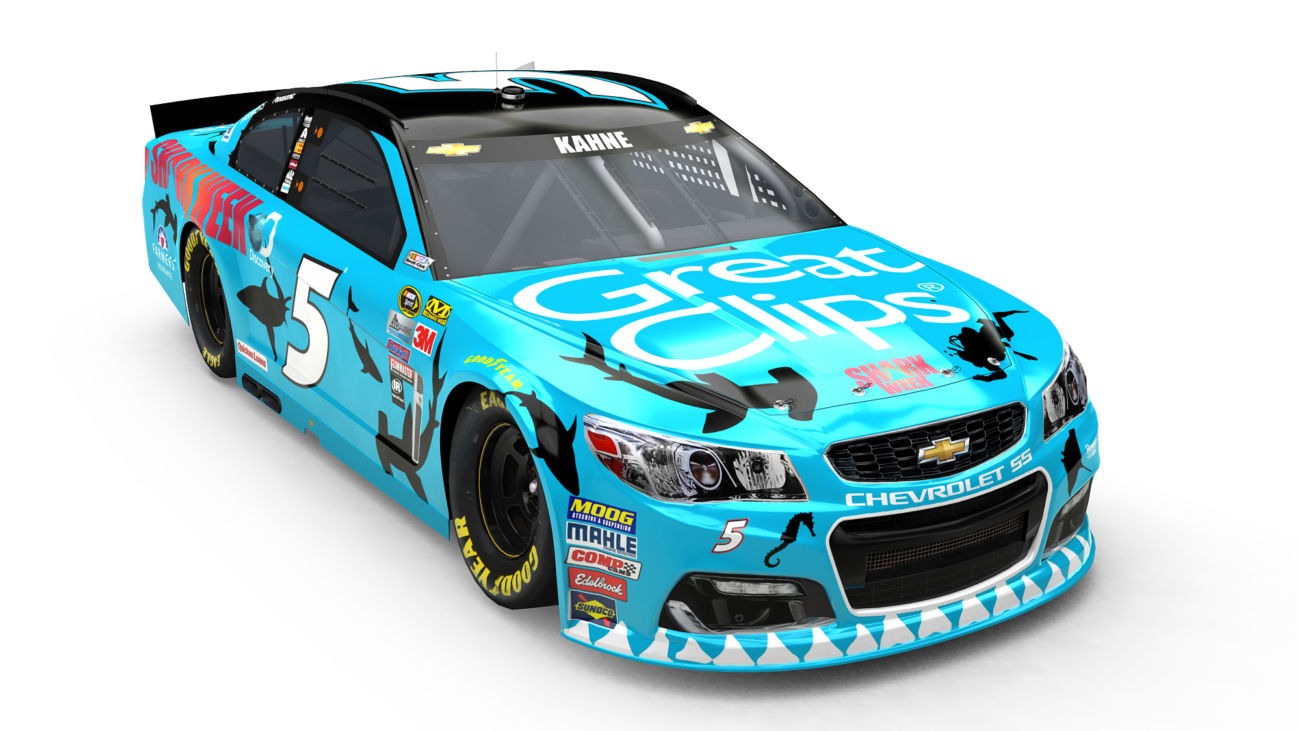 CONCORD, N.C. — At the end of this month at Sonoma, the Kasey Kahne Shark Week Car will make it’s debut. Kasey Kahne will climb behind the wheel of his No. 5 Chevrolet SS with a Shark Week paint scheme at Infineon Raceway.

Once again, Great Clips has teamed up with the Discovery Channel to put together a Shark Week paint scheme for Kahne’s No. 5 Chevrolet SS.

This year, Kahne will pilot the scheme at Sonoma Raceway on Sunday, June 26 — when Shark Week officially kicks off.

To help commemorate the occasion — and prepare to kick off Shark Week itself — Kahne traveled to Miami to take part in some shark tagging for research purposes.

“We had a great day thanks to Great Clips, Discovery, Oceana and the University of Miami Shark Research team,” Kahne said. “They made it all happen. They’re very good at what they do, so it was fun to work with them and learn a lot about sharks.”

In the above video, you can go behind the scenes of the once-in-a-lifetime experience. Kahne and crew were able to tag four sharks, one of which Discovery is keeping tabs on for a bit of a race.

Stay tuned for more on The Great Shark Race in the coming days — and in the meantime, check out the video below.

Kasey Kahne on Sonoma Crash: “He panicked & turned right instead of left”