One of history’s most potent sports cars is now available on iRacing: the Nissan GTP ZX-T. With its full-on ground effect chassis and turbocharged V6 VG30ET engine pumping out close to 800 horsepower/600 kW. 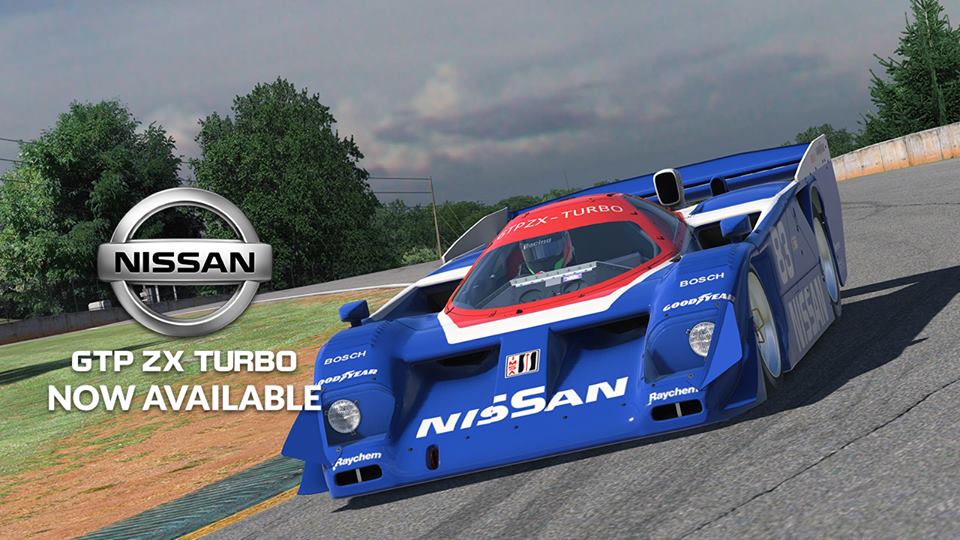 The Nissan GTP ZX Turbo was the perfect vehicle for drivers like Geoff Brabham and Chip Robinson to dominate IMSA GTP competition in the late ’80s, scoring more than 20 wins and capturing two straight drivers titles and one manufacturers championship.

One of the most brutally fast racing cars ever built, the Nissan GTP ZX-T was that rarest of beasts: a Porsche and Jaguar killer. Along with the Jaguar (XJR9 and 10), the Porsche 962 (and before that, the Porsche 956) ruled the sports prototype roost in the late 1980s, most especially the IMSA Camel GT Series.

Beginning with a win at Miami street race in ’87, progressing to Geoff Brabham’s IMSA Camel GT drivers title in ’88 and culminating in an ‘89 season that saw Brabham narrowly edge teammate Chip Robinson for a second drivers title while capturing the manufacturers championship, the Nissan GTP ZX-T emerged as the dominant force in North American sports car racing.

This new iRacing car comes one week after they released the 1989 Audi GTO. Another IMSA machine from racing series of the past.

Learn about the history of the Nissan GTP ZX Turbo and find out what makes this car so special in our newly released video posted below. Geoff Brabham also reflects on the car and what made it so successful.