Mercedes and Ferrari leaving F1 would be big news for the highest level of open racing racing, or racing period. Bernie Ecclestone see’s it as a strong possibility.

Bernie Ecclestone stoke candidly on the future of F1 with Auto Motor Und Sport. He hinted many manufactures might leave F1 is upcoming years. Even going to the point of mentioning current F1 World Constructors Champions, Mercedes. We also added Ferrari to the list of possible manufactures who might leave Formula 1.

It could happen to us that Mercedes and Ferrari run away

“It could happen to us that Mercedes and Ferrari run away,” claimed Ecclestone. “But honestly, if the races get better, this may not be such a terrible vision.” 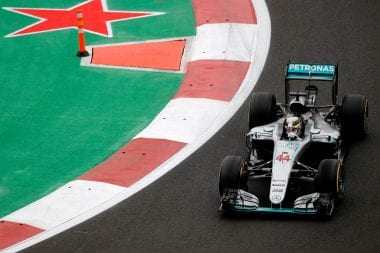 That’s a very open and honest statement from Bernie Ecclestone. Yet, it has been rumored for years that Ferrari might leave F1. They’ve let the governing body know their position, if F1 takes a similar direction to NASCAR they want to leave F1.

Related: Ferrari threatens to leave F1 if they make it like NASCAR

“We have to expect the manufacturers to leave us [f1] anyway. Mercedes will retire on the day when it suits them and it’s something we had before – look at Honda, BMW and Toyota. They go when Formula 1 has done the job for them. There is no gratitude.”

He related teams leaving in the future to the current state of the Singapore Grand Prix. As the Singapore leaders no longer want a F1 race. The deal will likely run it’s course when the contract expires following next years event.

“It is the same with the organizers. Look at what we have done for Singapore. Yes, the Grand Prix has cost Singapore a lot of money, but we’ve also given them a lot of money.”

“Singapore was suddenly more than just an airport to fly to or from somewhere. Now they believe they have reached their goal and they do not want a grand prix anymore.”

Bernie continued to speak on future F1 races. As many well established circuits have there F1 partnership in limbo.

“We do our best to keep Canada on he calendar. In Brazil we try the same, even if it is difficult.

“In terms of Hockenheim. We cannot subsidize the race in Germany, if we do not do the same with other races in Europe.”