DAYTONA BEACH, Fla. (Dec. 8, 2016) – NASCAR fans have been thrilled in recent years by the achievements of the sport’s rising stars – from Joey Logano’s DAYTONA 500 win in 2015 to Austin Dillon, Chase Elliott and Kyle Larson joining him in the 2016 Chase for the NASCAR Sprint Cup. Daniel Suarez won the NASCAR XFINITY Series championship this year and William Byron led the NASCAR Camping World Truck Series in wins.

They all have one thing in common. They cut their teeth in the NASCAR K&N Pro Series before breaking into NASCAR’s national series.

With the announcement by NASCAR of the 2017 schedules for the NASCAR K&N Pro Series East and West, fans across the United States will get to see up close the next wave of young drivers looking to make their impact.

The calendars for NASCAR’s top developmental series feature several can’t miss events to highlight those next superstars. The schedules cover 27 races, anchored by the annual combination race with the East and West at Iowa Speedway in July. 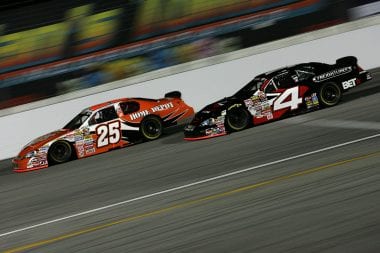 “The NASCAR K&N Pro Series have been an exceptional proving ground for our sport’s up-and-coming drivers,” said George Silbermann, NASCAR vice president of touring & weekly series. “The 2017 schedules for the East and West feature an assortment of tracks that will test the drivers and provide a platform to showcase their talents.”

The season will open with the NASCAR K&N Pro Series East race at New Smyrna Speedway on Sunday, Feb. 19 as part of the Florida track’s 51st Annual World Series of Asphalt Stock Car Racing. The event will be part of a day that starts with Coors Light Pole Award Qualifying for the DAYTONA 500 at nearby Daytona International Speedway.

The NASCAR K&N Pro Series West begins its season with a unique four-race swing that parallels the NASCAR premiere series swing out West. The opening race will be at Tucson Speedway on Saturday, March 18, as the premiere and XFINITY Series visit Phoenix International Raceway. The West will then run at Kern County Raceway Park in Bakersfield, Calif., on Thursday, March 23, before racing in twin 100-lap features at Irwindale Speedway onSaturday, March 25. The premiere and XFINITY Series will be competing at nearby Auto Club Speedway that weekend.

Like their California counterpart, Virginia’s South Boston Speedway has a reputation in racing as a top-flight facility. Similarly, South Boston – which has undergone a multi-million dollar improvement process, including a track repave this offseason – will host twin 100-lap championship events for the NASCAR K&N Pro Series East on Saturday May 6. 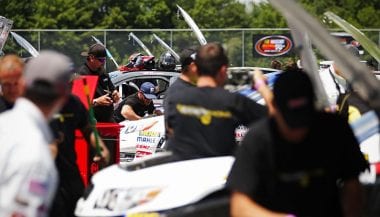 “The 2017 NASCAR Pro Series schedules are a perfect blend of short tracks, road courses and national series companion events, that really bring out the best in the competitors in the NASCAR K&N Pro Series,” said Jesse Spungin, chief marketing officer of K&N Engineering, Inc. “We are excited to be involved in the series and are looking forward to what the new year brings and seeing NASCAR’s next generation of drivers battling it out across the country.”

The NASCAR K&N Pro Series East will also make its first trips to Memphis International Raceway (June 3) and Berlin Raceway in Michigan (July 1); and will be featured in a throwback weekend at Connecticut’s Thompson Speedway Motorsports Park on Saturday, July 8. Thompson has held 27 K&N Pro East events, dating back to the series’ second year (1988) when it was the NASCAR Busch North Series.

The NASCAR K&N Pro Series West will feature its 54th trip to Evergreen Speedway in Monroe, Wash., on Saturday, Aug. 12 and a return to Washington’s Spokane Country Raceway on May 13. The series will crown its champion with a second trip to Kern on Saturday, Nov. 4.

The NASCAR K&N Pro Series television broadcast schedule on NBCSN will be announced at a later date.

-The K&N Pro Series will be part of five companion weekends with the NASCAR national series, including road-course events for the East at New York’s Watkins Glen International (Aug. 4) and for the West at Sonoma Raceway in California (June 24). In addition to the combination race at Iowa, the K&N Pro East will also race at Bristol Motor Speedway (April 22), New Hampshire Motor Speedway (July 15) and complete the season at Dover International Speedway (Sept. 29).

-Leading up to the finale at the high-speed half-mile at Kern, K&N Pro Series West championship contenders will have to navigate a string of bullrings in the second half of the season, beginning with Evergreen before traveling to Douglas County Speedway in Roseburg, Ore. (Aug. 26), Idaho’s Meridian Speedway (Sept. 30) and All American Speedway in Roseville, Calif. (Oct. 14).

-The K&N Pro East will make its traditional spring stop at South Carolina’s Greenville Pickens Speedway. One of the oldest tracks in NASCAR, Greenville has proven to be a title test in recent years. The eventual series champion has won at Greenville in each of the last four seasons.

-Orange Show Speedway in San Bernardino, Calif. (May 20), Colorado National Speedway (June 10) provide an early season test for the K&N Pro West, while the K&N Pro East will host its penultimate race of the season on the road course at New Jersey Motorsports Park (Sept. 16).

NEXT POST
NASCAR Returns to Memphis International Raceway in 2017