A partial ROC driver list has been released today. It included the 2015 NASCAR Champion Kyle Busch as well as his brother. The 2004 NASCAR Cup Series champion Kurt Busch will also enter in the the Race of Champions event hosted in Miami.

Haven’t heard of the Race of Champions? Watch the preview clip for the ROC Miami event. The ROC race takes place January 21-22, 2017.

View the current 2017 Race of Champions entry list below. 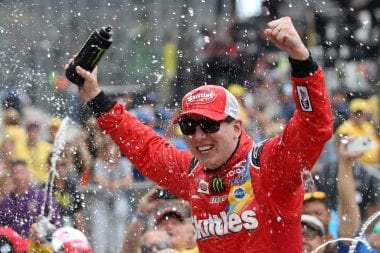 2015 NASCAR Sprint Cup Series Champion Kyle Busch is the latest star in the field of racing legends who will compete at the first Race Of Champions on American soil – inside Marlins Park in Miami on January 21-22, 2017.

Busch has raced at the highest levels for over a decade, currently driving the No. 18 Toyota Camry in the NASCAR Monster Energy Series and the Xfinity Series for Joe Gibbs Racing. In 2015 he was crowned NASCAR Champion after a mighty year, adding to his NASCAR Nationwide Series crown from 2009. This year Kyle took four more wins en route to an eventual third place finish in the NASCAR Sprint Cup Series. He also owns Kyle Busch Motorsports, which competes in the Camping World Truck Series.

The American driver is in second place on the all-time list of combined wins across all three of NASCAR’s national touring series with 170 – behind only Richard Petty. Now Kyle will bid to add to his considerable collection of silverware on his debut at the Race Of Champions, competing against a mix of driving legends from all over the world as the annual event heads to the United States of America for the first time.

Busch said: “It’s really cool to be included in the 2017 Race of Champions. You look at the list of drivers and their backgrounds and it’s pretty impressive. I love to race anything I can, so I’m really excited to be heading to Miami and getting behind the wheel of some different types of vehicles in order to compete against the best guys in the world.” 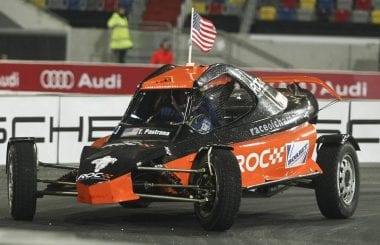 The Race Of Champions is an annual contest which has been held for over 25 years. It brings together some of the world’s greatest drivers from motor sport’s major disciplines – including Formula 1, NASCAR, IndyCar, Le Mans, MotoGP, Touring Cars, World Rally and action sports – and sets them free to battle head-to-head in identical machinery. All the racing takes place in a stunning range of superfast cars.

The ROC event is run over two days: first comes the Race Of Champions itself (on Saturday, January 21) featuring a flat-out battle for individual glory. Then on Sunday, January 22 comes the ROC Nations Cup when drivers pair up in teams based on nationality to bid for the title of ‘World’s Fastest Nation’. In 2017, this will see America take on the rest of the world in a special contest in celebration of the host venue.

Now the event is heading to the United States for the first time to soak up the heat of Miami. Florida’s sports fans will have a chance to watch the speediest action Marlins Park has ever seen as many of the world’s greatest drivers push to the absolute limit on a specially-designed racing track winding its way around the infield and outfield.

But that’s not all. The Race Of Champions has non-stop action from start to finish – featuring stunt shows on four wheels and two wheels plus DJs, cheerleaders and plenty of other entertainment to keep race fans on the edge of their seats.

ROC president Fredrik Johnsson said: “We are delighted to welcome Kyle Busch to the Race Of Champions for the first time. Kyle has competed at the top of NASCAR for many years and he has taken so many victories, reaping the rewards to become Sprint Cup Series Champion in 2015. He nearly repeated the feat this year, only just missing out after the last safety car to regular ROC competitor Jimmie Johnson.

“Now we will all look forward to seeing how Kyle gets on in our unique contest inside Miami’s Marlins Park in January. It’s fantastic that Kyle and Kurt have agreed to join forces for Team USA NASCAR in the ROC Nations Cup too. It will be fascinating to see how they get on against the other American racers from IndyCar and Rally X, plus some of the best drivers from all over the world. Now we hope to see plenty of NASCAR fans in the Miami crowds ready to cheer Kyle and Kurt on.”

NEXT POST
Lyn St. James has tried it all; She still struggles to help females get into NASCAR