ST LOUIS, MO. — 2016 was a big year in the sport of dirt racing and upon the announcement of the VP Racing Fuels Gateway Dirt Nationals putting Super Dirt Late Models and Modifieds under a dome in downtown St Louis, it was only made that much bigger.

Since the events conception it quickly has become one of the most talked about spectacles in all racing and many went into last December excited, curious, unsure and even doubtful that the event would succeed.  When the book closed on the inaugural event it was obvious that the event indeed did succeed and some would say it exceeded expectations by far.  Many industry leaders are calling it the most successful event in the modern era of the sport.

The VP Racing Fuels Gateway Dirt Nationals is excited to officially announce it will be returning to downtown St Louis on December 14th-16th, 2017 and in a big way.  The mega event will have a variety of changes and according to the events founder and promoter, the goal has always been to give fans and competitors what they want. 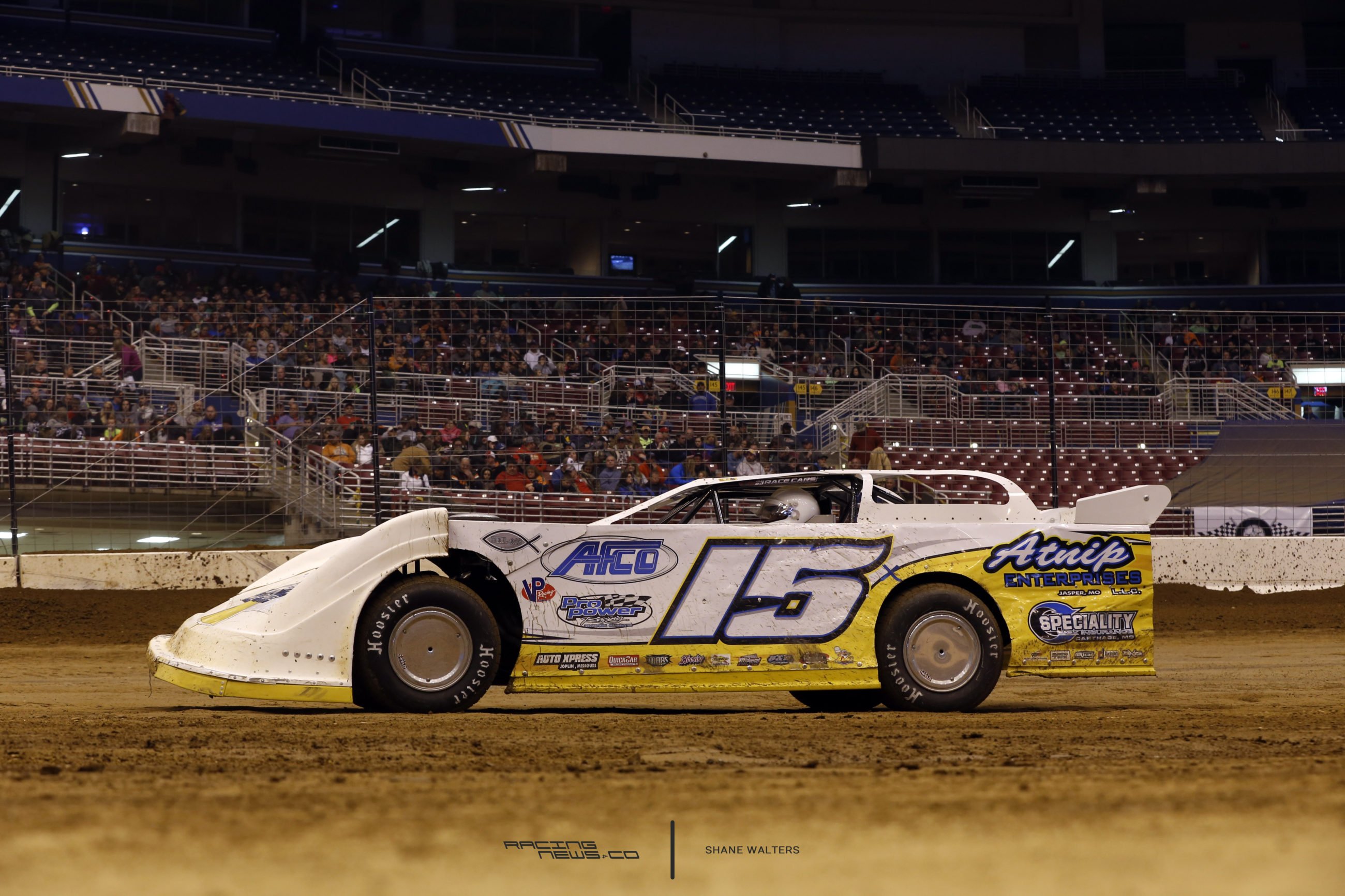 “Many things were learned last year (2016), in a first year, we had a lot of things to figure out and when the curtain closed it was obvious that the event was very successful but not perfect.  Racing was phenomenal and the fan experience was very high but there is always more that can be done.  The changes for 2017 will only continue to build the event and cater to racers and fans alike” said Cody Sommer.

In 2017 the event will have one single round of qualifying for both Super Late Models and Open Wheel Modifieds.

There will be a limit on Super Late Model entries of 150 cars and there will be no eliminations on Thursday night qualifying.

Open Wheel Modifieds will be capped at 100 total entries with 50 of them coming from performance based results throughout the year at special events as well as specific invitations, including sanctioning body points systems and even fan voting results.

The remaining 50 invitations will be received the traditional way and will be accepted first come first serve.  Driver registration and entry info will be released at a later date.

Additionally, the event will host a $5,000 to win “Race Of Champions” event on Thursday night for Super Late Models. The ROC will have a variety of ways to qualify throughout the year but it is already known that Scott Bloomquist and Shannon Babb will be invited to compete in the ROC as previous race winners under the dome.

Event promoter Cody Sommer talks about what can be learned from the 2016 event, “There were several things to take away from last year but one of the biggest ones, is that the purse needed to be better.  I made a promise at the driver’s meeting Saturday, that it would change, it would be better and that the process would start next year.”

He continued, “I think that this format and the purse changes are going to do wonders for teams and fans for this event.”

More event information will be released very soon including ticket information, registration etc.  Hotel blocks are officially set and reservations can be made on the event’s website at www.GatewayDirt.com/Hotels

For more information regarding the VP Racing Fuels Gateway Dirt Nationals, please visit the event website at GatewayDirt.com or call 314-786-2636. Follow along on social media for the latest details and announcements regarding the event via Twitter @GatewayDirt or Facebook.com/GatewayDirt