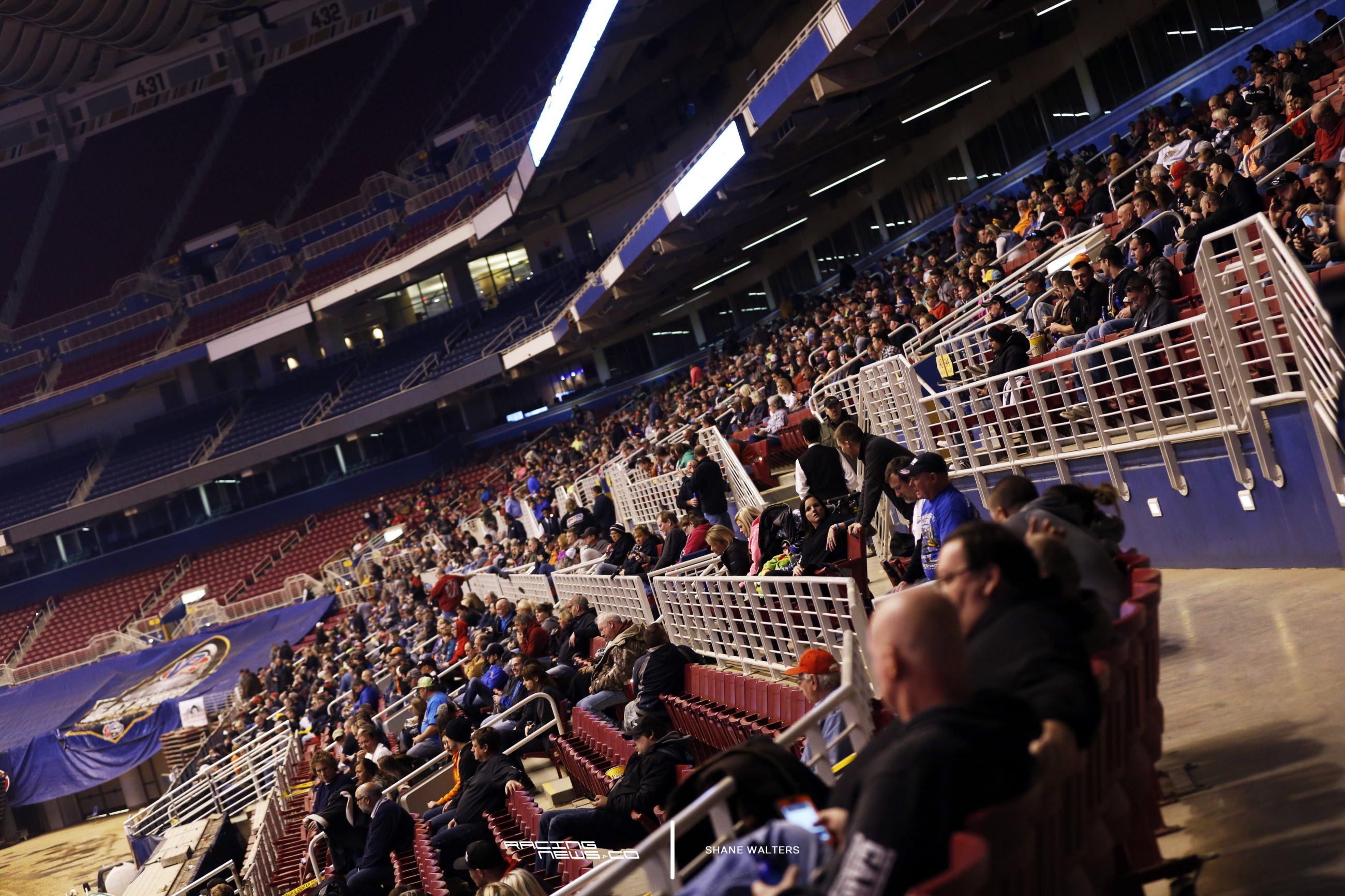 Billy Moyer Jr credits the event promoter Cody Sommer, “That guy, you gotta give a guy credit for doing that. To make the purse that much stouter.”

Speaking on intro’s, “When they do that intro, walking out, it looks like it’s wrestling skit. But that’s awesome. That fans, they have to eat that up. You feel like Goldberg walking out there.”

Before the race, drivers walked through an led tunnel en route to the racetrack. A spectacular show of driver intro’s.

Billy Moyer Jr talks about the Gateway Dirt Nationals track prep, “It’s just going to keep getting bigger and bigger. Gundaker down a hell of a job with the racetrack. A couple of them holes, there’s nothing wrong with that. That guy that put that race on, stuck his neck out, done a heck of a job.” 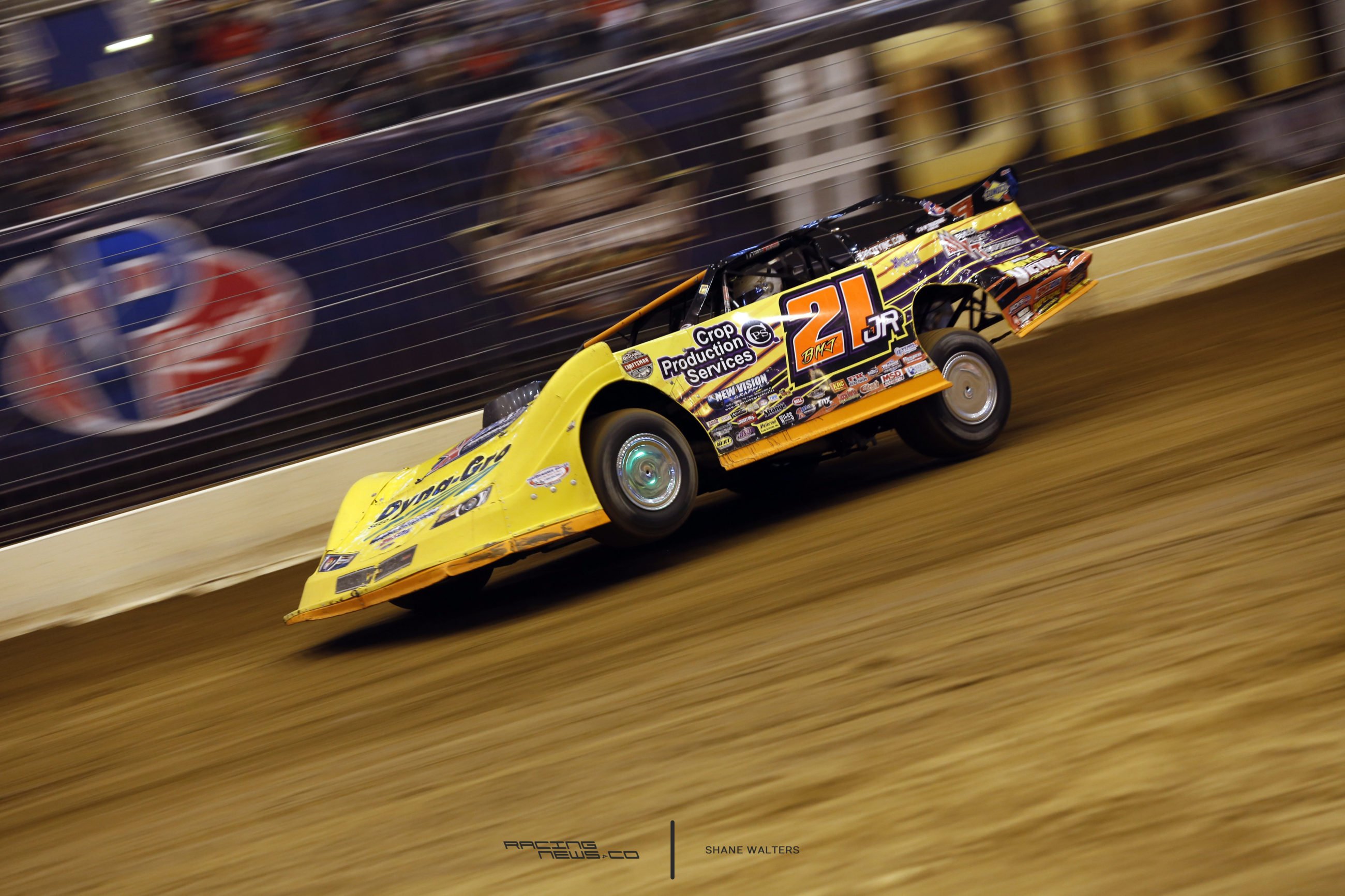 On Thursday, the track became one groove around the bottom. That was due to two qualifying rounds and a large car count. On Friday night, they watered the heck out of the race track. On Saturday, that water created large ruts. But at the same time, those ruts made for some great racing.

“The EPA and all that was watching us constantly. They did a heck of a job with that. The track was great. The pay-per-view deal, it feels like you’re watching a NASCAR race.”

What did he mean by that? The United States Environmental Protection Agency was on-site at the Gateway Dirt Nationals, all weekend. They sat on the ground floor with a smog reader. When the air quality was too low, they forced the event organizers to pause the action.

The breaks in the action were regular on Thursday night, night 1. However, by Friday and Saturday they had it figured out. They were able to create better airflow throughout the building. They also better managed the starting of engines within the staging area.

“As far as the race itself, there’s nothing like that, except Eldora”