The 2017 Dirt Late Model Dream from Eldora Speedway is underway as I write this. Below, you’ll see the full entry list of drivers who are entered to complete in the program this weekend.

The 2017 DLMDream currently has a total of 78 dirt late model drivers. 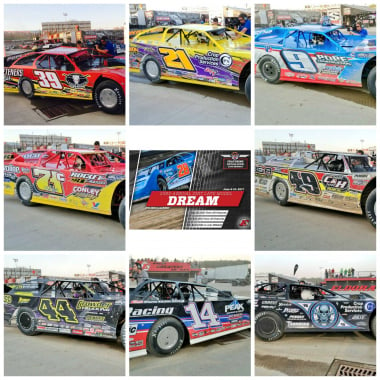 About Eldora Speedway:
Since carved from a cornfield in the natural amphitheater that existed between the Eldora Ballroom and the Wabash River by bandleader Earl Baltes in 1954, Eldora Speedway has grown to be a frontrunner in motorsports growth and stability. Baltes chose to sell the legendary high-banked clay oval to motorsports entrepreneur and NASCAR, IndyCar and USAC champion Tony Stewart in 2004.

The complete schedule for Eldora’s 64th consecutive season, including ticket and campsite information, is available at www.EldoraSpeedway.com and can be requested by phone at (937) 338-3815.