CARNESVILLE, GA – A new point leader will have two weeks to get ready for the next ULTIMATE Super Late Model Series South East Region $38,000 Double Racing Weekend. The series will take a week off and then head to the Peach State for a pair of $4,000-to-win, $400-to-start races. 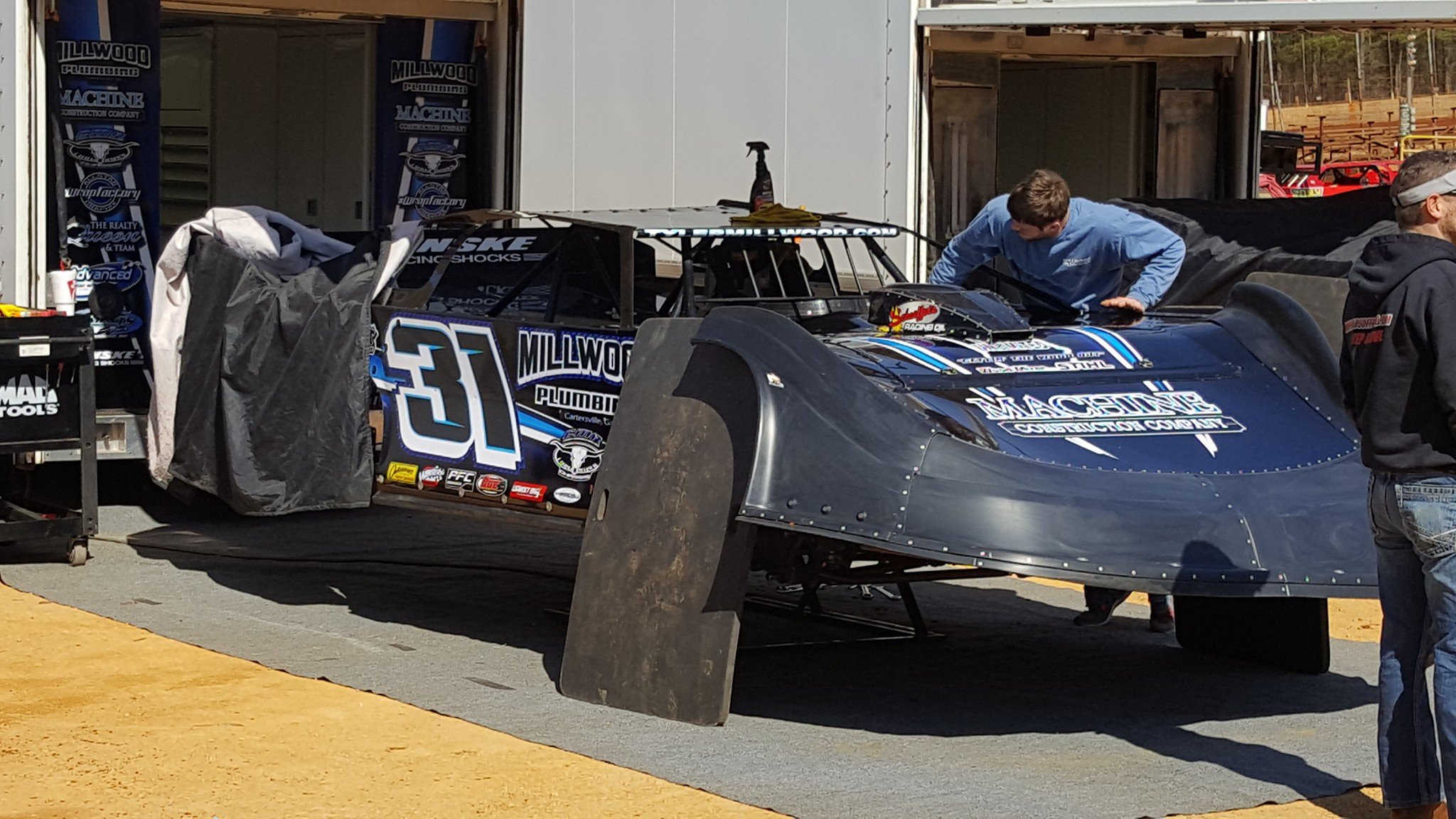 Tyler Millwood of Cartersville, GA is the new ULTIMATE SE point leader going into Rounds 9 and 10 of the 2017 ULTIMATE SE season with 241 points. Millwood is also the point leader for the 2017 Autolite/Fram/DirtOnDirt.com Rookie of the Year Award. Millwood has an eight-point lead over Jonathan Davenport of Blairsville, GA, who has 233 points.

Five points behind Davenport is Jason Welshan of Maryville, TN in the third spot. Two-time and defending ULTIMATE SE Champion Dennis Franklin of Gaffney, SC is fourth with 213 points, and three-time ULTIMATE Champion Casey Roberts of Toccoa, GA is fifth with 144 points.

G.R. Smith of Statesville, NC is sixth in the ULTIMATE SE standings after the first eight races of the season with 141 points, and seventh is two-time ULTIMATE winner in 2017, Brandon Overton of Evans, GA with 138 points.

Another 2017 ULTIMATE two-time winner Dale McDowell of Chickamauga, GA is eighth with 137 points, 2011 ULTIMATE Champion Chris Ferguson of Mt. Holly, NC is ninth with 135 points, and Brett Hamm of Newberry, SC rounds out the top ten with 127 points, and is also second in the Autolite/Fram/DirtOnDirt.com Rookie of the Year point standings.

Lavonia Speedway is located at 5941 Lavonia Highway, Lavonia, GA 30553. For more information call 706-340-4781, or visit the track web site at www.lavoniaspeedway.net. You can also follow them on Facebook at The New Lavonia Speedway, or on Twitter @LavoniaSpeedway.

2018 ULTIMATE Battle of the Bluegrass season set to begin