Kevin Harvick: “I believe that Dale Jr has had a big part in kind of stunting the growth of NASCAR.”

Harvick’s comments rung true. But why say them at all?

Kevin’s filter switch was completely turned off, borderline broken. It was brutally honest and also true. It was a very entertaining rant possibly fueled by Busch products.

At the mid-way point of his Dale Jr discussion, Matt Yocum tried to reel him back off the ledge with positive social media talk. Harvick cut him off. Yocum gave up and instead became supportive of the Dale Jr narrative.

It’s mostly speculation to say NASCAR would be bigger if it’s most popular driver won championships. However, you don’t have to step too far out on a ledge to say that. Of course, if Dale Earnhardt Jr won it would be great for the sport.

Was it all marketing? Possibly. Kevin Harvick made these comments on ‘Happy Hours’ via Sirius XM NASCAR Radio. It’s his weekly radio show. His 15 minute Dale Jr discussion has caused a stir and post after post of discussion. All those things will make next week’s show air to a record number of listeners.

Attack on the fan base, not Dale Jr

Kevin Harvick wasn’t really throwing Dale Jr under the bus for running slow in recent NASCAR seasons. It was far more of an attack on his fan base than the driver. In Harvick’s competitive mind, he can’t understand why NASCAR fans would root for a driver that loses.

It wasn’t jealously. He didn’t say ‘Why don’t you root for me?’ He said, “Jimmie Johnson should be our most popular guy because he’s won 7 championships.”

But NASCAR isn’t like that. Neither is golf. Why when the sports are radically different? One person holds the bulk of the teams presentation, personality becomes almost more important than statistics. 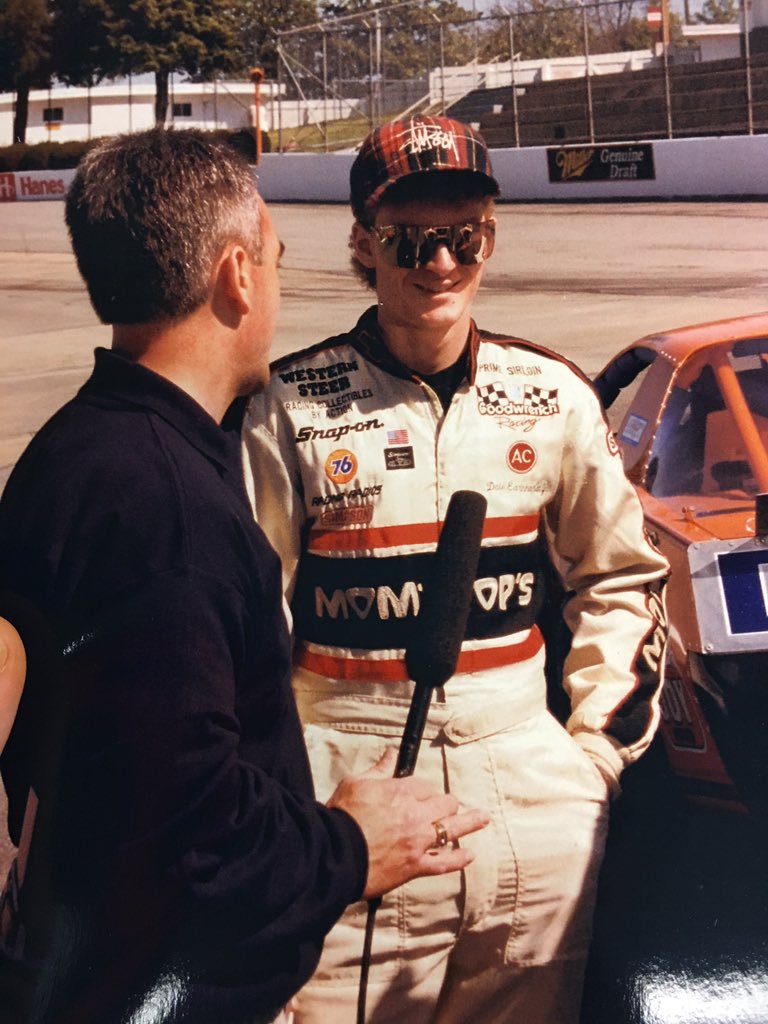 Stats are important too, don’t get me wrong. But personality carries much more weight in NASCAR than stick and ball sports that have 30 players on the roster. If a baseball team has one player that’s noticeably arrogant, his personality edges are shaved by his teammate that might come across as more humble. Together, they level each other out. The entire team forms the personality perception, not one guy.

NASCAR is very much a team sport. But 1 guy, driver, carries the bulk of the presentation.

Dale Earnhardt Jr happens to be an awesome dude. He’s likable, relatable and humble. Most importantly to our blue collar sporting crowd and despite his $300 million, Dale Jr comes across like a blue-collar ‘regular’ guy.

The man built a bar and a jail on his property. He has a racecar graveyard in his backyard. He’s a blue-collared millionaire with ties, via his dad, to the ‘good ole days’ of NASCAR.

All of those things together create NASCAR’s most popular driver. Not stats alone.

NASCAR’s Steve O’Donnell has a statement to add, “Dale Jr has been huge for this sport and also cares where NASCAR goes in the future.”