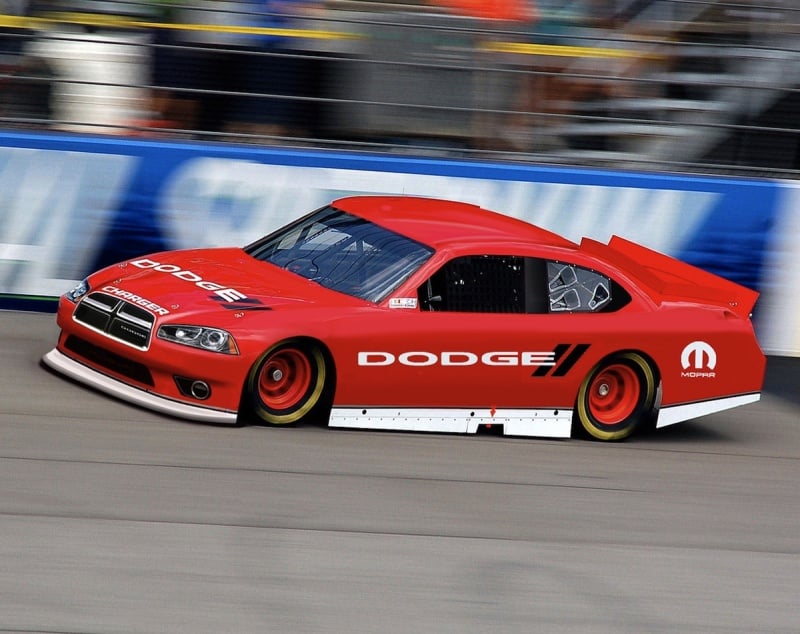 AUBURN HILLS, Mich. – SRT Motorsports announced today that Dodge will withdraw from NASCAR competition at the conclusion of the 2012 season.

Ralph Gilles, President and CEO – Street and Racing Technology Brand and Motorsports, Chrysler Group LLC, made the announcement during a media teleconference call.

Penske Racing announced in February that it would end its partnership with Dodge, which started in 2003, at the end of the 2012 season.

“We’ve spent an intense five months working to identify and evaluate all options for our future involvement in NASCAR,” Gilles said. “A number of opportunities emerged, and our team worked diligently to put a structure together to fit our overall business and competitive objectives. While we have been pleased and enthused with the amount of interest from teams and sponsors over that time, in the end, we simply couldn’t develop the right structure.”

Dodge has recorded 215 wins in the Sprint Cup Series, including 55 since 2001, and has been represented in the NASCAR Chase for the Sprint Cup seven of the eight seasons. In 2010, Brad Keselowski captured the NASCAR Nationwide Series championship driving a Dodge from Penske Racing.

“It’s an extremely difficult decision to know that we won’t be there for our fans next season,” Gilles added. “It’s important to note that we have not lost focus on 2012 or the commitment to our partnership with Penske Racing in both the Sprint Cup Series and Nationwide Series this season.”

Keselowski currently is seventh in the Sprint Cup Series standings and has three wins in his quest to make the 12-driver Chase field for the second consecutive year. In Nationwide Series competition, Sam Hornish, Jr. is locked in a four-way battle for the season championship.