Wendi Ward Wants You To Read Something 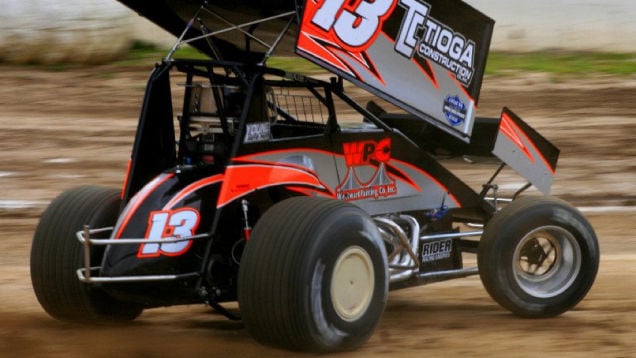 Wendi Ward has written the following open letter to the public and Tony Stewart. Wendi Ward is the aunt of Kevin Ward Jr. and sister of Kevin Ward. It was read over the phone to USA TODAY Sports.

The family has been outspoken in recent weeks claiming they intend to pursue a new civil case against Tony Stewart. Despite the criminal case coming to an end just recently.

Wendi Ward the aunt of Kevin Ward Jr has been the most outspoken of the family members since the incident took place. See the links below to read her earlier statements.

Now, Wendi Ward has come out with a full open letter to the the motorsports community. Scroll below this post to give it a read. She has a lot of questions for Tony Stewart. Most of which I personally thought were answered in the grand jury case.

She also comments on the Marijuana found in the Kevin Ward Jr autopsy.

Click here to read the first interview from Tony Stewart after the incident.

Click here to read the initial statements from Wendi Ward on the incident.

“First and most importantly, I want to say that no matter what people think or say, our family does not need others to determine what we feel or know about Kevin Ward Jr.

He is our blood, our friend, our champion. Always has been and always will be. What I want people to understand are the questions.

Why was the toxicology report even an issue? Seems to me the wrong man was on trial. Tell me why Tony Stewart was not taken in for testing, why his car wasn’t impounded. Tell me how a man the size of Kevin can make a sprint car turn to the right on impact. Tell me how a lap before (the incident) everything was fine, but the following lap was poor lighting. Tell me how a NASCAR star totally forgot what caution means.

Maybe he should get a different headset so he is able to hear on the radio that the car in caution is up high, so go low. Or was he low until he rounded the corner and saw Kevin Jr. standing up for himself?

I guess we will never know why all of this was not taken into consideration. Or will we never know why a fellow driver did not check on this young man or his family? Or do we know why? I do, because I have seen the video. It’s there, and it’s real.

I can’t speak for others. These are my opinions and concerns. I only hope some people take a minute to make sure they have done no wrong before throwing stones.

This means nothing to me, but I want to say it is my understanding that pot stays in a person’s system days, weeks, possibly months. Rumor has it that it may be legalized and prescribed for some patients, so then will these people have their drivers’ licenses taken away because it makes you react – supposedly — in a certain way?

To me, that’s not the case. It’s known to mellow a person. We understand that the report showed marijuana, but we as a family don’t believe he was under the influence or impaired at the time due to the 10 hours prior to the race that he spent with the family.

What we do believe is that maybe people react to certain situations because of anger. I’ve seen it in NASCAR, sports functions and even on our own roads. And yes, these people have to pay for their actions. Well, I guess it depends on who you are.

And to end this, I’ve heard time and time again, “We just want Kevin’s story out there.” Here you go. Kevin Ward Jr. was an amazing person. His life was wrapped around family, friends and racing, which he started at age 4. Just a small-town boy having fun until the days turned into years, and it then became his passion and life. The trophies, plaques and pictures that fill his home, garage and workshop show his hard work and dedication to racing – his love for the sport.

Through it all, he had the support of his family and friends behind him. He opened his life to our community. As you would go by the shop where he and his dad worked on the car for the upcoming race or after a race, the doors would be wide open and there would always be people in and out wishing him luck, sharing a story, offering a hand or simply just standing there in their own way saying, “We’re here for you, bud.”

It took a lot of money to live his dream, and as a family, they were able to do that. But not once did he ever think he was better than anyone else because he could afford it. That was proven when somewhere around 1,500 people came out to support and comfort us on our darkest days. It shows how many hearts and lives he touched.

The orange, white and black that was worn in honor of our champion sprint car driver was overwhelming, to say the least.

The tracks that have since honored Kevin Ward Jr. with memorial events, his name in the ESS (Empire Super Sprints) Hall of Fame, the many lives that have been changed forever – that’s all because of one person’s love and respect for others. And that, to me, is what a person is made of. His smile will forever be what gets us through.