It’s the day of the countdown. We’re counting down the top 10 racing news stories of 2016.

These were the most viewed racing news posts of the year via our website. Some of these results are a bit of of sorts as many had several additional months in duration to collect viewers. A post from the tail of 2015 even made the list.

Every story in the top 10 list is either NASCAR related or dirt track racing related. 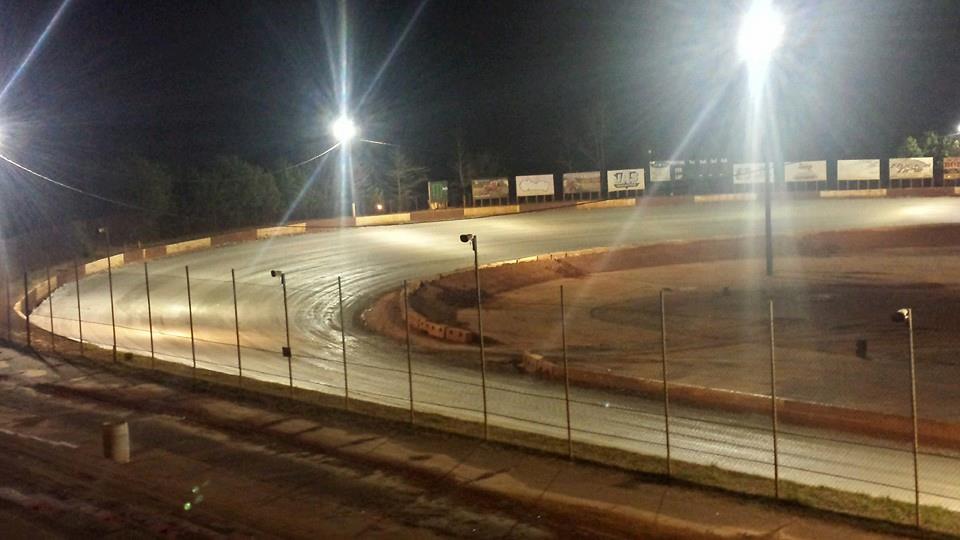 Results from the Blue Ridge Labs tire samples collected after the completion of the Crate Late Model Mania race have been released. The collections were made after a race on Saturday, June 11, 2016 and now the results have been received by Senoia Raceway.

This happened just days after 5 drivers were disqualified in the Dirt Late Model Dream at Eldora. 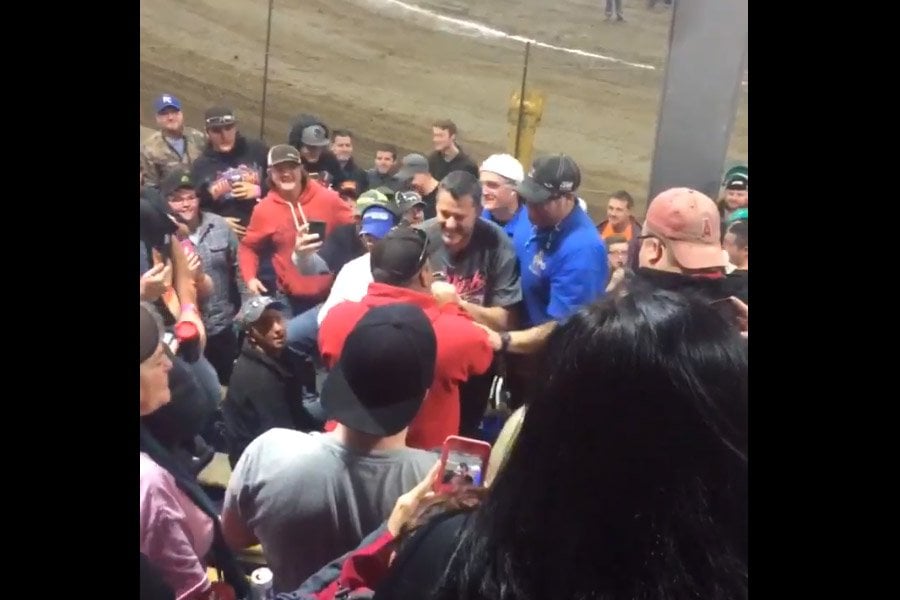 Tony Stewart confronts fan at the 2016 Chili Bowl Nationals, as you can see from the videos in the link below. After getting flipped off and called a murder, several times, Stewart stepped right into the grandstands. The Tulsa Expo Raceway crowd chanting “Tony”.

“You’re a pussy aren’t you”, said Tony Stewart to the fan. “No, I’m not”, the fan returns. No punches were thrown. However, the heckling dirt racing fan did end up on his ass regardless. No matter how much NASCAR driver Tony Stewart does for the dirt racing community. There’s always going to be the idiots who don’t appreciate his presence. 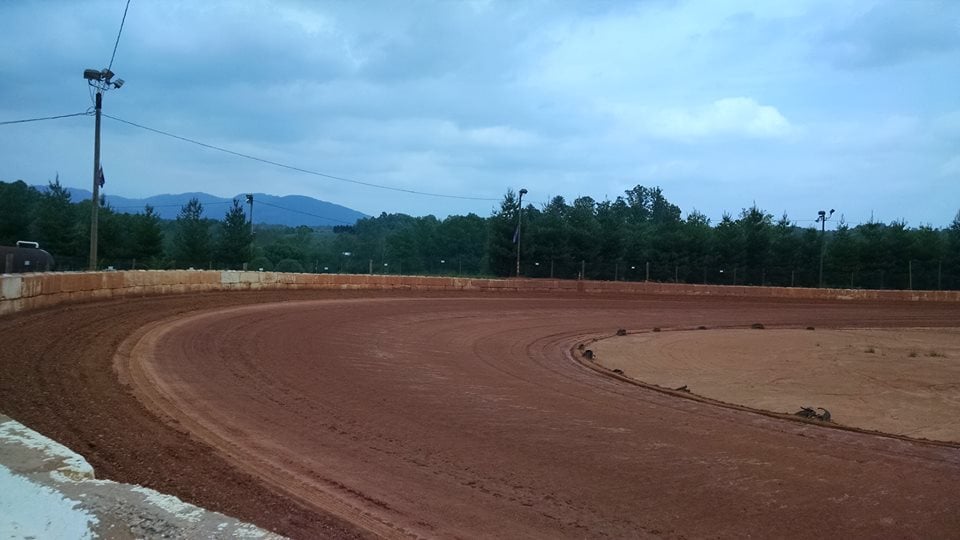 Virginia Dirt Track for sale along with everything on the property for the price of $360,000. The listing is for a 3/10 mile clay oval track located in Ararat, Virginia.

The dirt track was formerly known as Rolling Thunder Raceway. It was operational during the 2015 dirt racing season. However, the website for the racing track has since been closed.

However, $360,000 will get you much more than the dirt track. The listing comes with a bonus of a 10 acre lot a 4 bedroom 2 bathroom house and a pool.

#7 NASCAR Signs with Eldora Speedway Through 2020 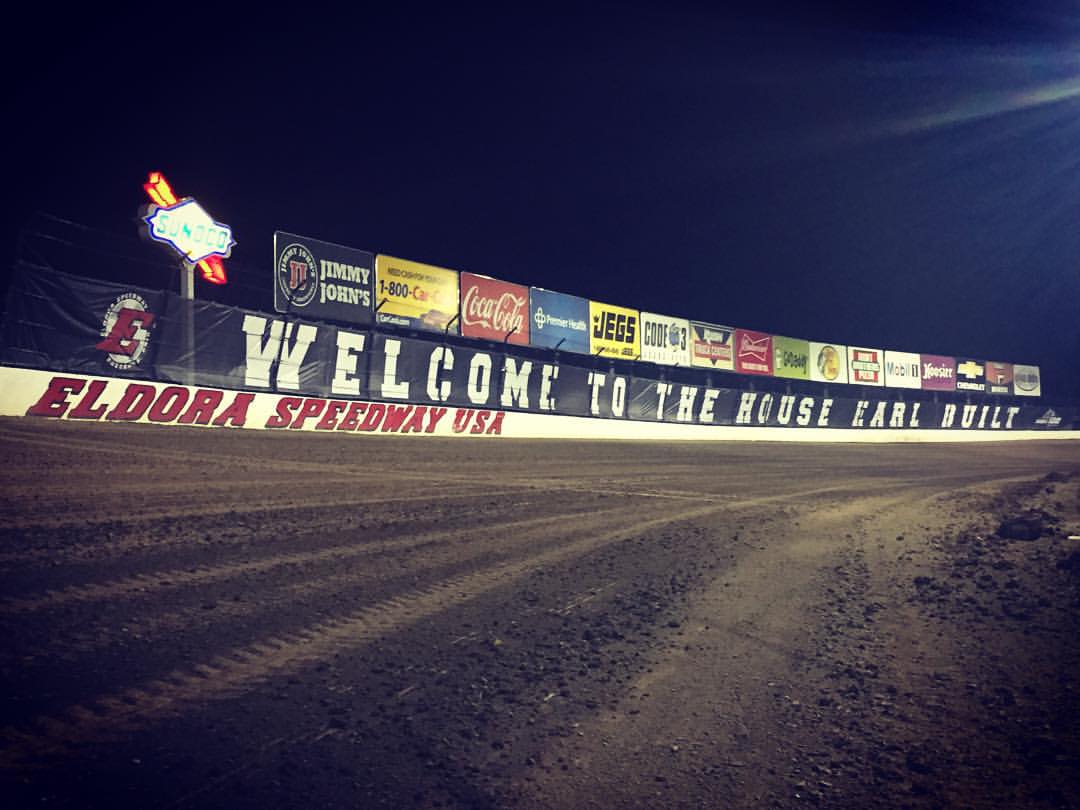 Eldora Speedway and NASCAR have come to agreement to continue the popular NASCAR Camping World Truck Series event at the legendary half-mile clay oval through 2020.

The fourth running of the primetime event will take place on Wednesday July 20, 2016 live on Fox Sports 1 and, for the first-time in history, NASCAR has agreed to a multi-year agreement. The only dirt race in the three NASCAR National Series has been well-received by fans, competitors and teams throughout its three year run and the long-term commitment is continued good news for Darke and Mercer counties, West-Central Ohio and the Miami Valley region.

Tire samples collected from the #B5 driven by Brandon Sheppard, #22 driven by Gregg Satterlee, #20 driven by Jimmy Owens, #33X driven by Ricky Thornton and #0 driven by Scott Bloomquist and tested by an independent laboratory did not meet established benchmarks in a chemical analysis.

A total of 32 samples were taken throughout the weekend, June 9, 10 and 11, from participants. 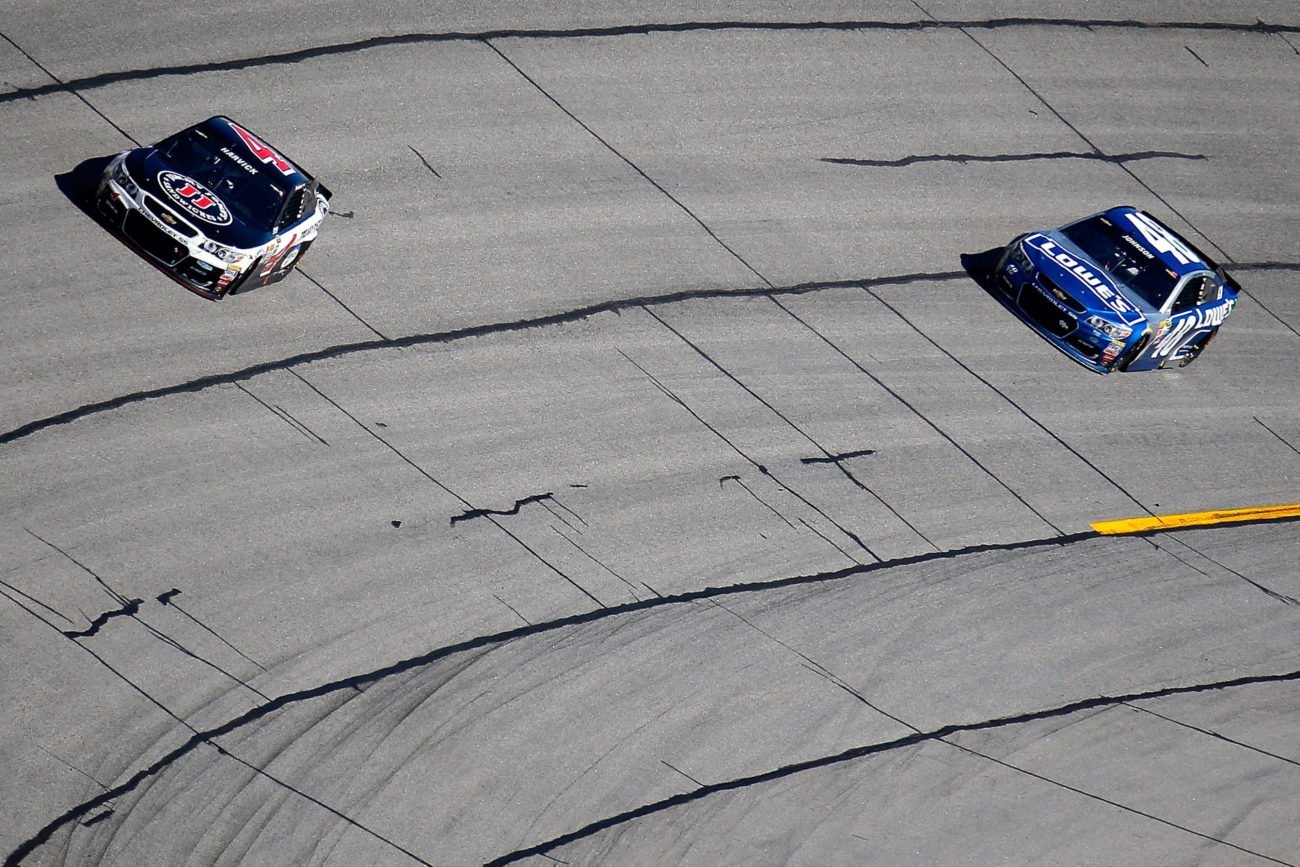 NASCAR waited until the last minute to find a 2017 series sponsor. At the time fans were speculating on all the possible sponsorship scenarios.

The deal with Sprint as title sponsor of the NASCAR Sprint Cup Series was set to expire. As of January, NASCAR needed a name change as Sprint leaves the sport.

NASCAR chief operating officer Brent Dewar offers comments at Texas Motor Speedway race. He states they are reviewing who is sponsoring NASCAR in 2017. “We are in advanced discussions still with a number of companies for the entitlement of our series,” Dewar said. “I’ve got nothing to report today. We’re working hard on it.”

#4 Are we Witnessing a World of Outlaws Boycott? 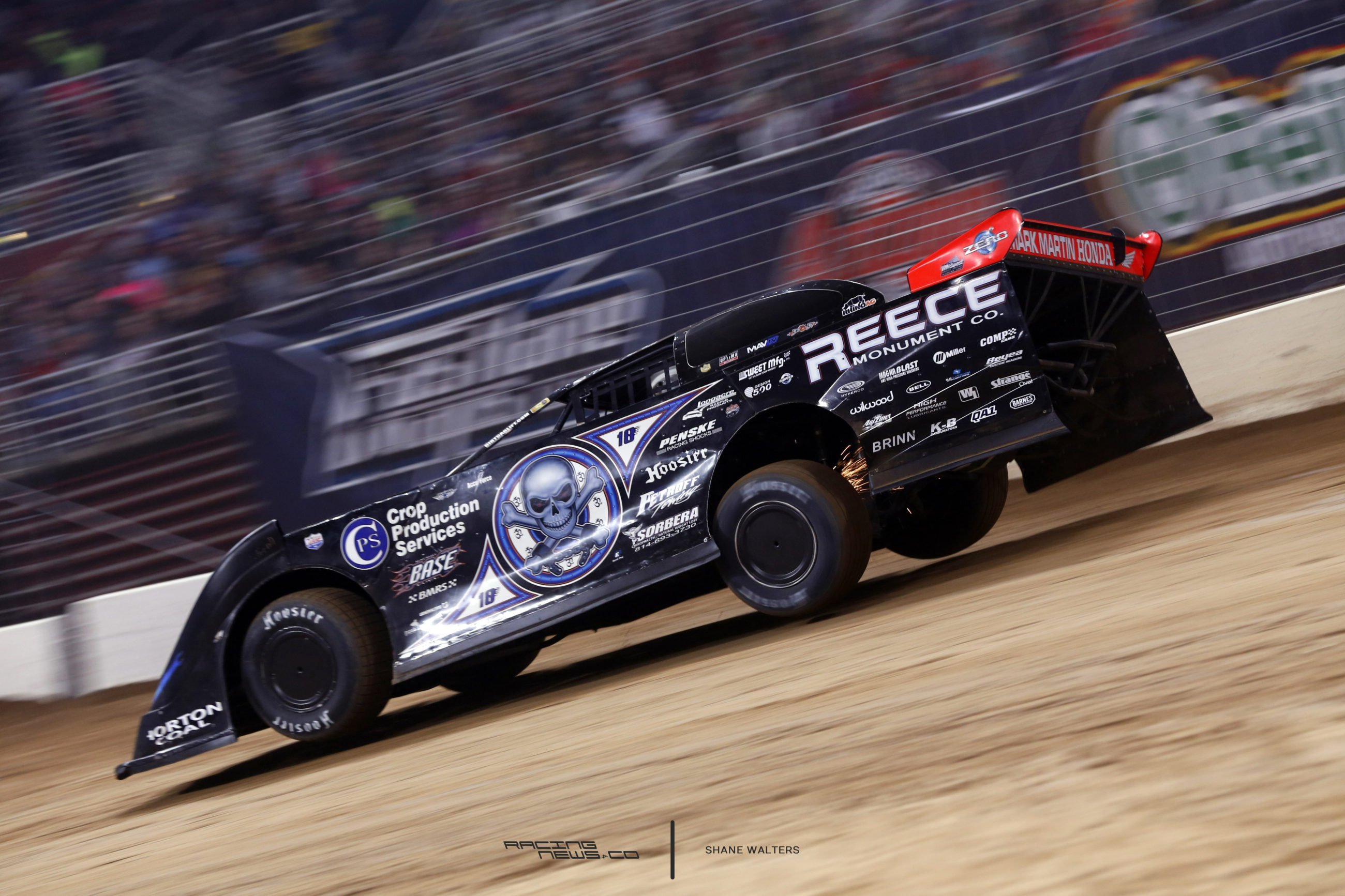 I think we are witnessing a ban of the World of Outlaws from a handful of the best drivers in the country.

How did this happen?

It all began nearly 5 months ago at Eldora Speedway in June. Five dirt late model drivers were excluded from the Dirt Late Model Dream results, fined and suspended from racing DIRTcar sanctioned events.

Disagreement…
However, four of those drivers responded by submitting a lawsuit. The suit sited damages to driver reputation due to inadequate tire tests. That $16 million dollar lawsuit was directed at the World Racing Group and subsidiary DIRTcar Racing, Eldora Speedway as well as its owner Tony Stewart.

Boycott?
But all drivers have since elected not to return to competition, all five. Hence the World of Outlaws World Finals results sheet. All five drivers that were effected by the Eldora Speedway Dirt Late Model Dream tire suspension are missing from the results. They all elected not to attend one of the biggest dirt late model races of the year. 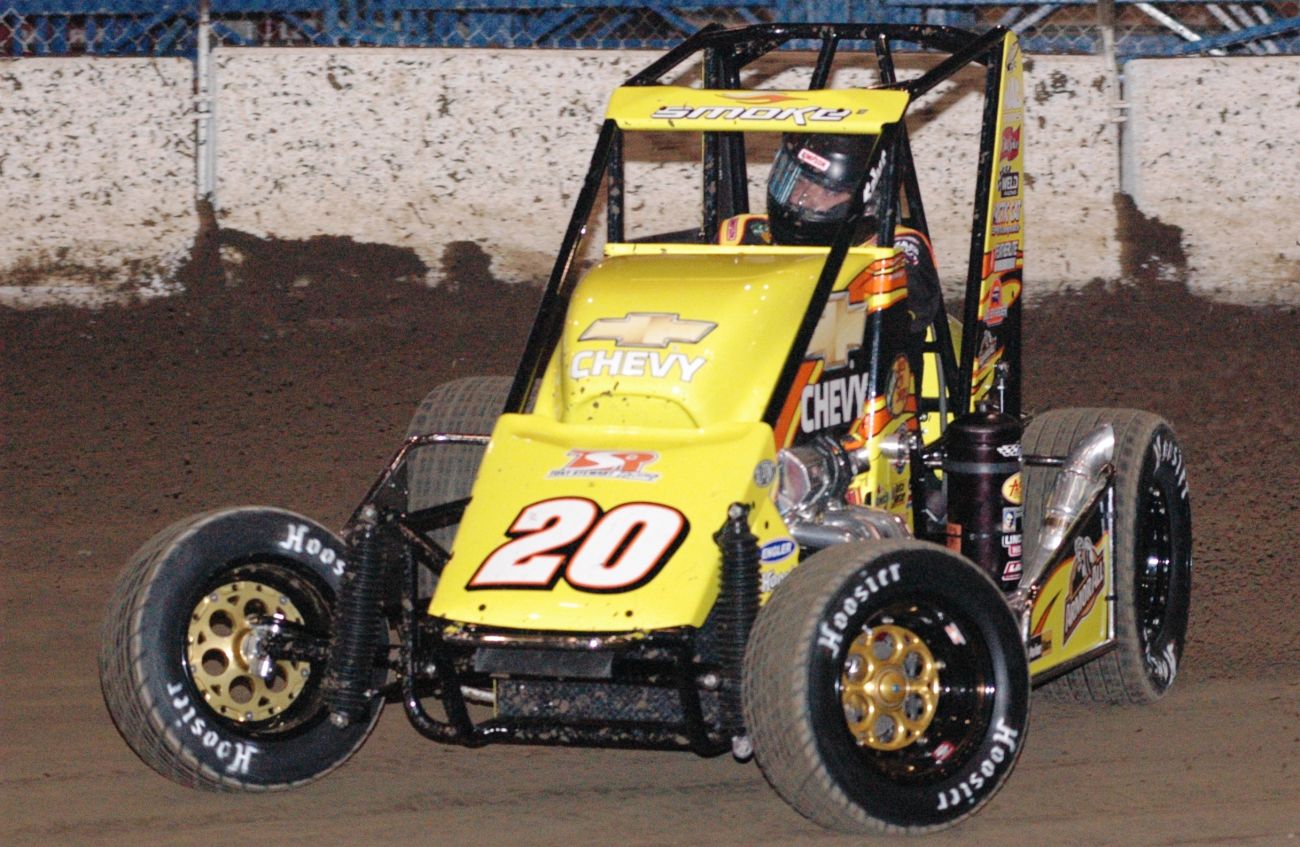 “I plan on running a lot of dirt races after the end of the season when I retire from the Cup stuff, so I would say this is on the radar,”Stewart said during a press conference Monday at the Lucas Oil Chili Bowl Nationals in Tulsa, Oklahoma.

Stewart isn’t competing this week in the 2016 Chili Bowl Nationals but will help with track preparations again. He did the same thing last year. He’s not driving a midget this year but he is driving a tractor to get the track in shape at the River Spirit Expo Center at Tulsa’s Expo Square. 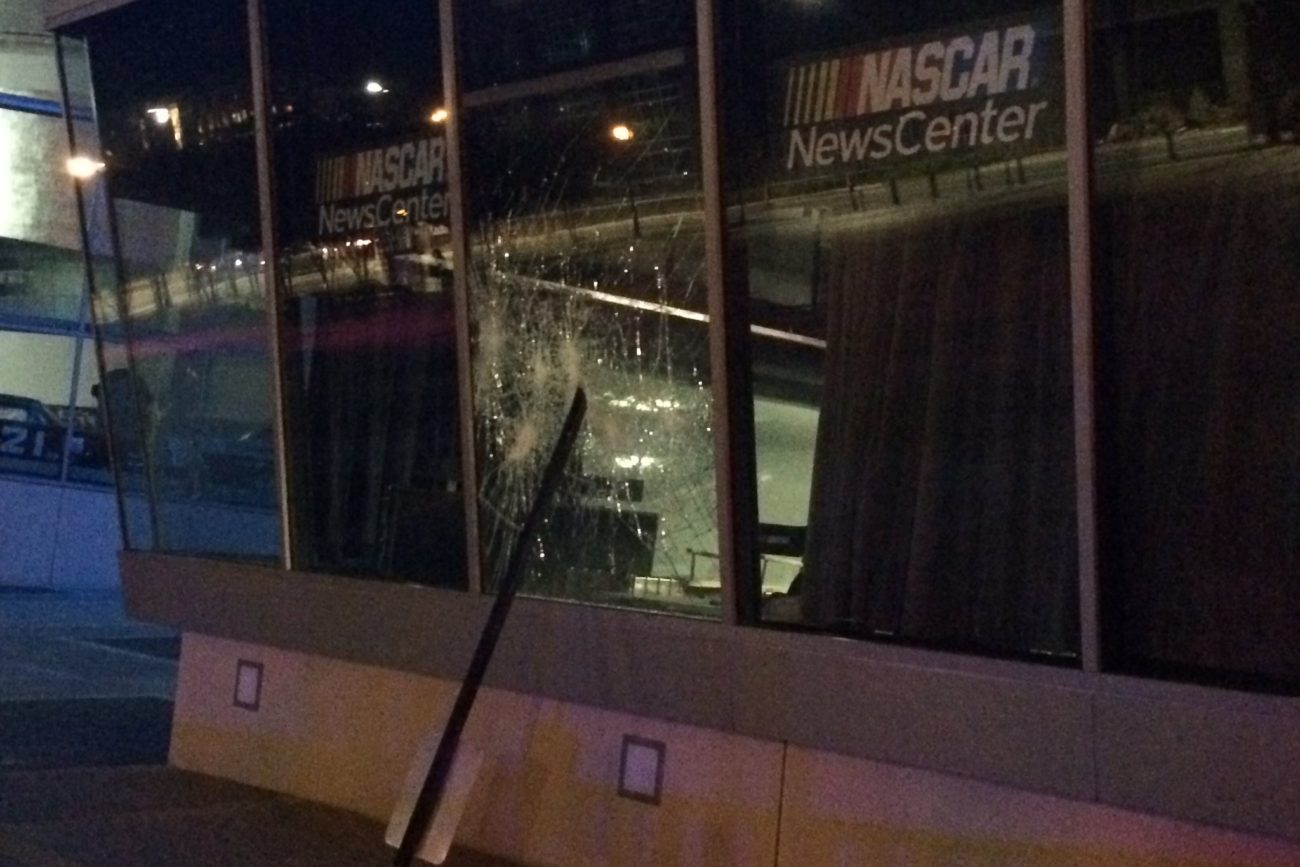 The NASCAR Hall of Fame looted and vandalized overnight in Charlotte, NC. Windows shattered, signs hanging through glass on the $195 million dollar museum. A state of emergency declared on the city, the home of NASCAR.

The NASCAR Hall of Fame display section was left undisturbed, on the interior, as no rioters entered that area. Rioters did throw street signs through the NASCAR Media Center windows as shown below. Actually, multiple windows were smashed, throughout the exterior of the building.

It was the second night of protests in downtown Charlotte, North Carolina. Tonight started peaceful. However, after the first few rounds of tear gas were dispersed, the peaceful ones evacuated, leaving nothing but rioters.

Several Charlotte businesses including the NASCAR Hall of Fame were looted and vandalized in the release of outrage. The Hyatt Hotel and likely a hundred or so more businesses were inflicted with some sort of damage. 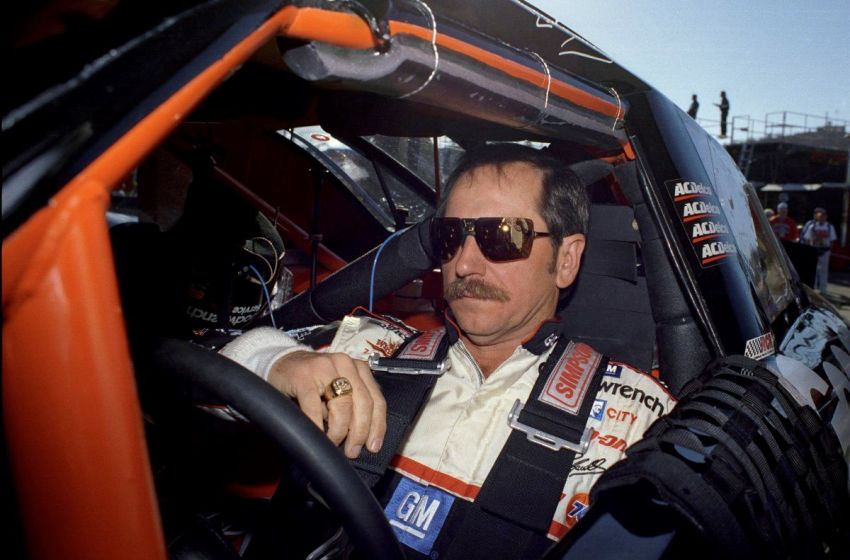 This is not the first time an issue like this has come to the surface. In the past she has prevented Dale Earnhardt from using the #8 car. A number that has been in the Earnhardt family since they started racing. She forced him to the #88 as Dale Earnhardt Inc was the owner of that number for competition in the NASCAR Cup Series.

Most viewed Racing News stories of 2017