Which is certainly true. Though, not the full reason for a drop in 2016 International Speedway Corporation NASCAR attendance numbers. 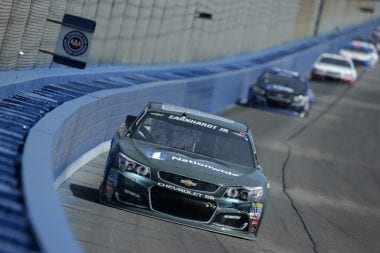 He continued, “The impact of Jeff Gordon’s retirement was underestimated, which was compounded with Tony Stewart and Dale Earnhardt Jr. missing races throughout the season. The lack of activation from the outgoing series sponsor (Sprint) and the distraction of the presidential election season further exacerbated the situation.’’

That’s one way to look at it. Or it could be that NASCAR fans are just tried of cookie-cutter tracks? But I’ve already said all I want to on that subject. ISC also has a fair amount of cookie-cutter alternatives on their track list (shown below).

Saunders blames more than attendance for the drop in revenue, “It is important to note that 2016 was the last year of our revenue-included agreements between ISC and Sprint for various inventory and activation rights at ISC racetracks. These agreements were negotiated in the mid-2000s, pre-recession.”

ISC president talks the 2017 contract, “While we currently expect to have similar agreements in place with Monster Energy, we anticipate the economics of the agreements will result in a reset for 2017.’’

Internationals Speedway Corporation is excited Monster Energy joins the sport in 2017, “We’re encouraged. Monster Energy speaks to a younger demographic, which is promising for us. … They’re all about fun and activation. … They’re thinking outside of the box, and I think it is going to bring a whole new live entertainment component to the Cup weekends.’’

RELATED: Monster Energy plans to bring The Party to NASCAR

We should probably note that NASCAR as whole fell in 2016. Not just ISC track attendance numbers were down.

Based on just about every poll, the number one reason for a long time NASCAR fan suddenly becoming a non-fan is… To the surprise of nobody reading this, The Chase, now known as the Playoff’s. Number one answer, anywhere. Despite that fact, the Championship race, sold-out. Other notable answers include; rule changes, phantom debris cautions, ticket prices, driver personalities and the modern NASCAR Racecar (Style, Setups & Aerodynamics).

There were some highlights for the International Speedway Corporation NASCAR properties in 2016. Daytona 500, Watkins Glen as well as the NASCAR Championship 4 race hosted at Homestead-Miami Speedway were all sold-out shows. 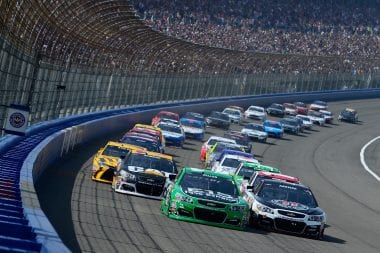 NASCAR Attendance Down, 18-34 Viewership Up