NASCAR 2017 testing results and photos are shown below. These results are from the first test of the 2017 NASCAR season. 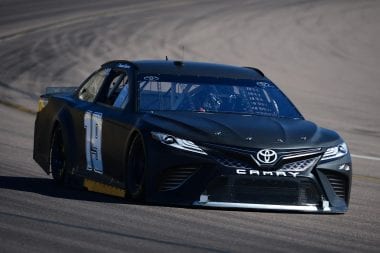 Carl Edwards also made an appearance as shown in the photos below. He wasn’t there as a driver but as a coach. Daniel Suarez made his first appearance in the #19 for Joe Gibbs Racing, the car Carl Edwards used to pilot.

While it can be difficult to ascertain if one team has a leg up on another using the data from just a single test, there is reason to be excited if you’re a fan of Joey Logano, Kyle Larson, Kevin Harvick and Dale Earnhardt Jr. All four finished in the top five in all four sessions. The fastest lap over two days went to Earnhardt Jr., at 26.555 seconds in Wednesday’s morning session.

This was Dale Earnhardt Jr’s first time on track in an official NASCAR race or practice since removing himself from the racecar in 2016.

View the 2017 NASCAR test results below. The first test of the new NASCAR season.