NASCAR Doesn’t Have Control of the NASCAR Schedule

That’s not good. NASCAR hosts the most-attended live sporting events in America. Yet, the sanctioning body has next to zero control of where the tour goes.

I think we’re at a point where NASCAR has finally realized they made a major mistake. In years past, NASCAR worked diligently to separate themselves from the short track crowd. The short track crowd responded by removing NASCAR from their vacation plans. Now in recent years, the sanctioning body is now making smarter decisions. It appears they are aiming to get those same grassroots fans back.

How? One, they added a dirt race. The Dirt Derby at Eldora began in 2013. We are now heading into the 4th year of this event. Despite it’s success, it’s still only a NASCAR Truck Series event. The NASCAR Xfinity Series and Monster Energy NASCAR Cup Series still lack a dirt race at Eldora Speedway.

This year, NASCAR installed the stage racing format. This is essentially a heat race format. You can say it’s not, which it isn’t, but is the closest thing to heats. Except they are better than heats, basically a full field of cars in a single heat race. Overall, it makes the lingered 3 hour NASCAR races appear to be more like Saturday night shootouts.

Also this year, they will have two tire different compounds at the All-Star race. Multiple hard sets and one set of ultra soft tires. Two alternative tire compounds is something that’s very much an option at short tracks all across the country. It’s also in use in F1.

NASCAR themselves purchased Iowa Speedway. It’s not exactly a short track, yet it’s certainly not your typical 1.5 mile track. In modern day NASCAR terms, it’s a short track. I visited Iowa for an ARCA race in 2013. The grandstand were completely full, packed house, for an ARCA race!

NASCAR owns Iowa Speedway. Even still, the Monster Energy NASCAR Cup Series doesn’t have a race at Iowa. They bought it, knowing full well they couldn’t bring the MENCS to the track. However, you can bet they’d like to bring their ‘premier’ series to a track owned by the series. Especially, given NASCAR is nearly 40% 1.5 mile tracks. A horribly repetitive schedule that needs some repairs.

So why haven’t they brought the Monster Energy NASCAR Cup Series to Iowa or Eldora? Because they can’t. They don’t control the schedule. At all. The non-racer suit types at International Speedway Corporation (ISC) and Speedway Motorsports Inc (SMI) control the NASCAR schedule.

These guys hold almost all the NASCAR track contracts. As the sport blossomed out of the South and on it’s way to mass-appeal in the late 90’s and early 00’s these guys went to buying stock in NASCAR. Stock in the form of NASCAR racetracks. An all-out buying spree.

If you haven’t figured it out yet, together these two companies control damn near the entire NASCAR schedule. After the buying spree, NASCAR officially lost control of it’s own touring series.

Recently, Las Vegas added a 2nd date, taking one from New Hampshire. If the schedule is locked how did that happen? Because it was a change within the SMI company, taking a race away from an SMI track and moving it to another SMI track. The corporation was offered a boat load of money by the city of Las Vegas to bring a 2nd race to the city. I don’t blame them for taking the deal, at all. But the issue for me is that NASCAR had almost no say in any of it.

The problem intensified my frustration when I read the smart ass comments from Texas Motor Speedway President Eddie Gosage on their neighbor racing track. Basically, COTA was interested in hosting NASCAR race. A newly built and beautifully designed road course, also in Texas.

Circuit of the the Americas Chairman Bobby Epstein expressed interest in joining the NASCAR schedule. He stated, “I’ve had contact with NASCAR officials, and we’ve heard from their fans and drivers. Everyone seems to want to be here, so I see no reason why it couldn’t come together.”

Hours later, Eddie Gossage jumped all over COTA. In his demeaning statement word-for-word, “I don’t blame them for wanting NASCAR races, it’s just that they’re 20 years too late. I don’t think they know the business, or they wouldn’t be saying such things.”

Problem, a contract with Texas Motor Speedway states that NASCAR can’t add races to any other Texas track. Even though Austin, TX based COTA is 220 miles from Texas Motor Speedway, contractually, it’s too close. How ridiculous are these NASCAR track contracts?

That comment from Eddie Gossage makes my blood boil. It was months ago, yet I’m still fired up. Why? It was the realization point for me that short tracks aren’t coming back to NASCAR at any point soon. Those comments clearly point out everything that’s wrong with the business end of NASCAR. Furthermore, the problem of scheduling NASCAR races. 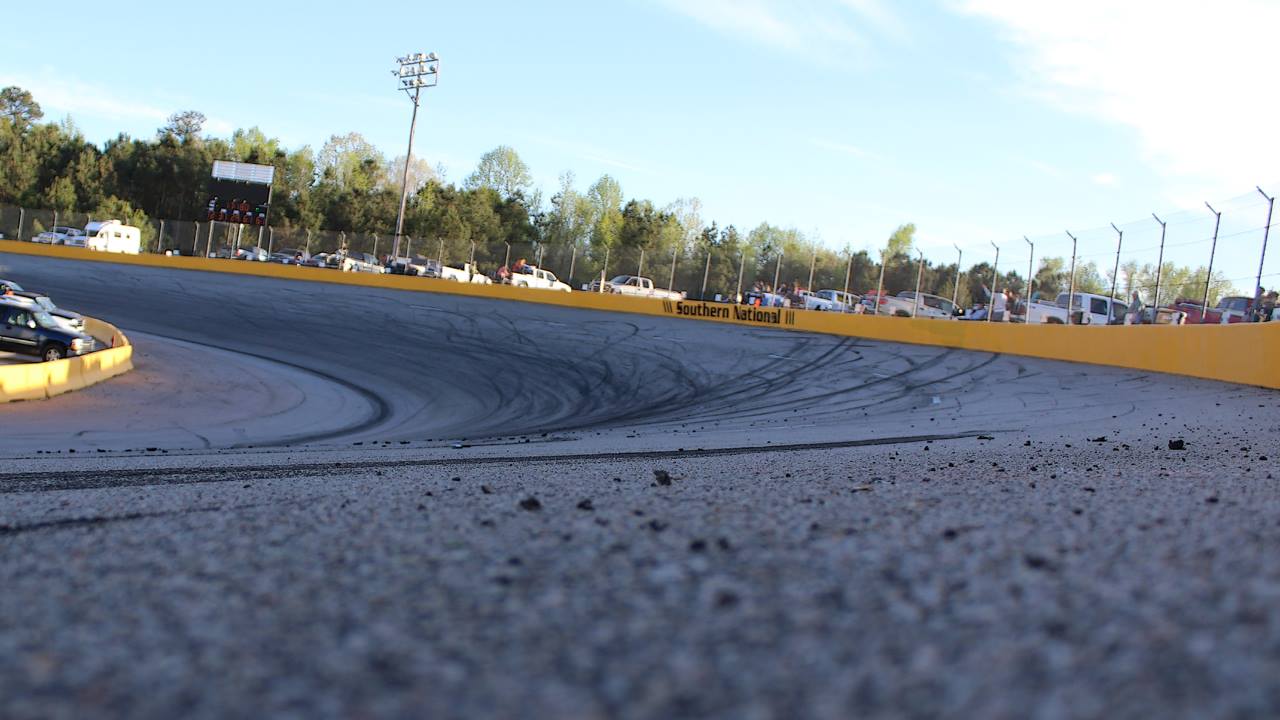 How about a short track? A real short track race at say Southern National Motorsports Park or one like it would be fantastic. Unfortunately, the schedule is full. So, who’s going to give up their date? It’s a really short answer… Nobody.

In order for NASCAR to add a short track or dirt track to the schedule ISC or SMI themselves would need to build a new NASCAR track, or buy one. Then, they would have to remove one of their own 1.5 mile race dates and move it to the new race track they just purchased or built.

That’s bad business. Why spend a bunch of money on a new track just to take away a race from one of your own already established tracks. They’d have double the expense, for the same amount of revenue. These are public corporations, the stockholders aren’t going to like that, at all.

Speedway Motorsports Inc already owns North Wilkesboro Speedway. Many of us would suffer from jaw on the floor syndrome, if they decided to bring this track back to life. SMI purchased it in 2007. Since then it’s completely weathered, gone. Tree’s are now growing up through the track surface. It would probably be cheaper to start for scratch. Even though they own it, it’s not going to happen.

How does NASCAR fix it? I’m not sure they can. But let’s through out some ridiculous ideas, just to highlight how likely it is that it’s not going to happen.

The reasonable solution would be wait for contracts to expire and open up the schedule a bit. Problem is, a lot of these contract run through 2024 or even further.

It would be great if NASCAR applied a new single weekend rule, taking away all second race weekends, for any track. Then, installing a limit to how many tracks a single company can own. That would open the door for some new players. Some new minds in the sport, specifically in the form of track construction would in itself fix the cookie-cutter problem. But I don’t think NASCAR can do any of this because they don’t have control of their own sport.

NASCAR could fold, close shop and start over with new contracts under a new business name. That would be a risky and desperate move. Maybe that’s possible. Though, I’m sure the legal battles would be never-ending. If they tried that, what’s stopping SMI or ISC from creating their own competing series? It might work for NASCAR but that’s simply a crazy risk that will never be taken.

The other solution and probably the only real solution is for NASCAR to buy some of these tracks. If the conversation is about fixing the schedule, they would be buying a track just for the date. A huge expense on NASCAR. It means they are buying an entire track, just to tear it down and open up a weekend on the schedule for a different track. Adding one track, for the price of two.

The worst part is… why would ISC or SMI even be interested in selling? I’m sure they are thrilled to control the schedule and basically own all stadiums hosting one of the most popular sports in the world. So, if they sold a track to NASCAR it would likely be way over-valued. ISC and SMI don’t own NASCAR but they don’t need to, they’ve found their own way of controlling it.

ISC or SMI could be forced to move the races. Forced? For the sake of revenue loss prevention. If attendance continually drops at 1.5 mile based tracks it might eventually entice one of them to build/buy a short track. Replacing one of their repetitive 1.5 mile round-abouts. Though, for now they are instead blaming that on the lack of big-name drivers.

COTA NASCAR Race Wanted by Circuit of the Americas