Josh Richards created his own destiny tonight. His efforts land him in victory East Bay Raceway victory lane, for the 7th time in his dirt late model career.

He started the night by setting quick time. Richards was timed at 14.547 seconds around the 1/3 mile clay oval.

That provided him with pole position in his heat race. He won it but it didn’t come without a fight. He ran 2nd for most of his heat. Saving it all for the last lap, Richards made the pass for the lead in the final corner. 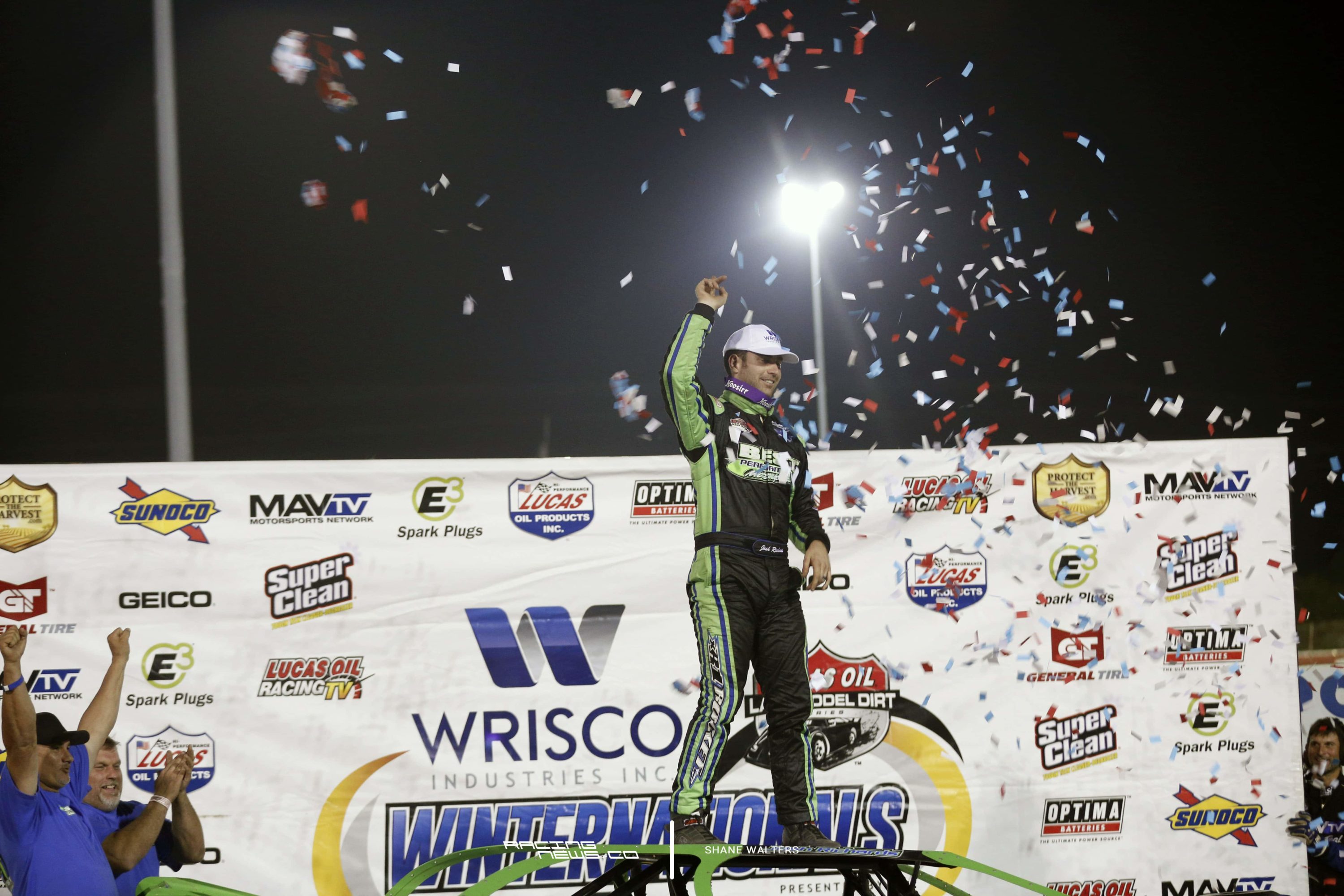 In the 25 lap feature on the Florida dirt track, Richards started outside front row. He wasn’t able to get the lead on the start. Instead, he fell in line, saved his tires and ran 2nd for a few laps.

Around lap 6, Richards made the move on leader Davey Johnson. He drove to the inside, a slide job. On the exit they were door to door with no room between them. He finished the pass in turn 3.

Caution. The Lucas Oil Late Model Dirt Series reverted the race to the previous lap. Richards would restart in 2nd. It didn’t take long, he made the same move again. This time he had Davey Johnson cleared by turn 2 and drove away to lead every lap following.

Davey Johnson broke a few laps later. After coasting to the high side of turns 1 and 2 he took a hard right turn to the pits. 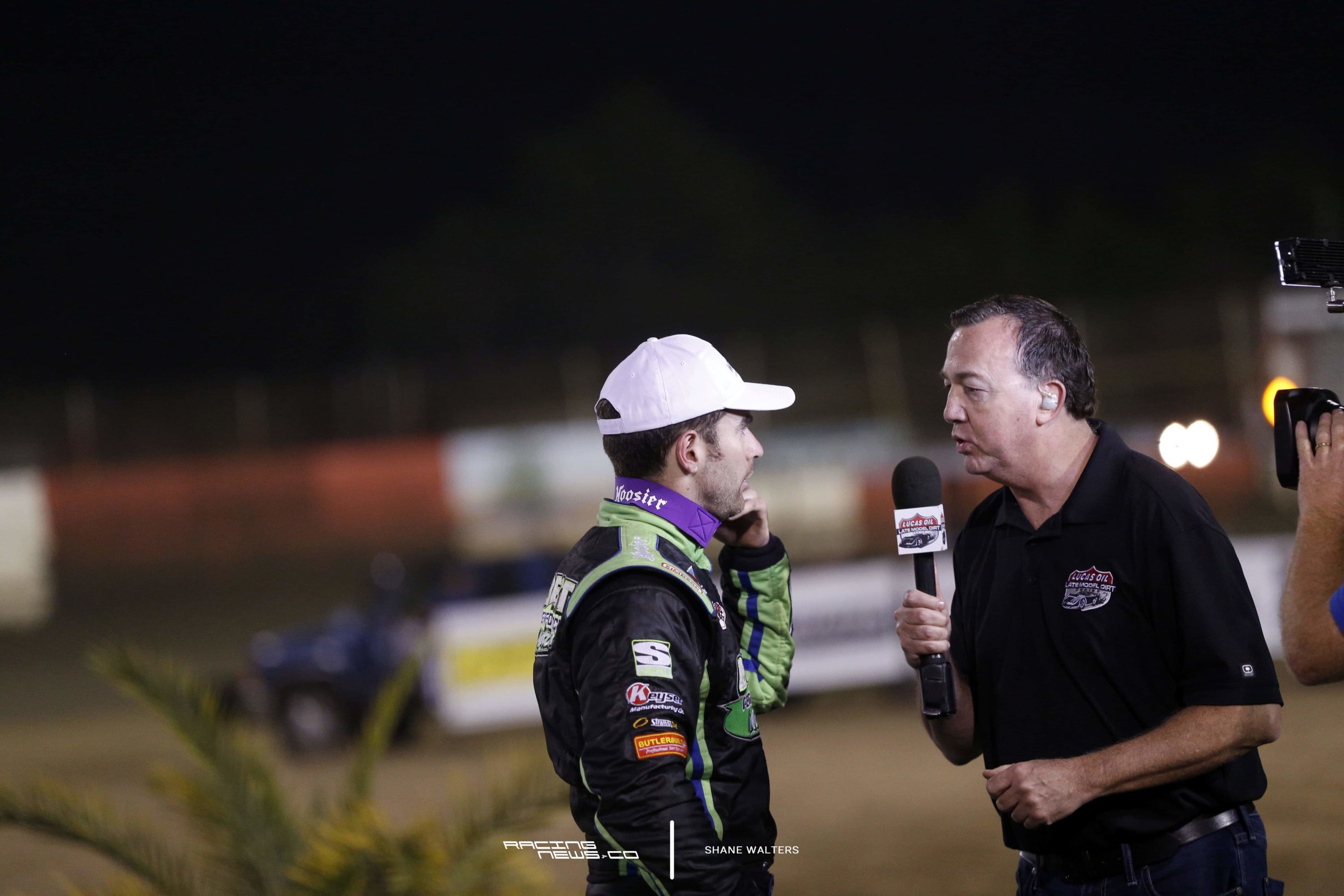 Josh Richards talked in victory lane, “We made a lot of changes from last night, we worked our way back to seventh last night, so tonight was a whole lot better. The pass on Austin [Hubbard] on the final lap of that heat race was crucial. Davey [Johnson] started off good. We stayed right with him until we were able to get around him.”

In victory lane Josh Richards preformed the MavTV interview. In that quick interview he said he thought he had a flat tire toward the end of the 25 lap race. He explained that he was spinning the tires really bad off the corner.

He interpreted, “I didn’t know how many wins we could get down here. That’s two already. I really couldn’t see who was behind me. It felt like the car was leaning over there at the end. The tires might have been burned off I am not sure right now. We are still learning the communications between Randall and myself. It’s always good to win here at East Bay.” Said the 28-year-old in Lucas Oil Victory Lane.

“Thanks to the team for a great job. That makes it two for four with Randall Edwards and all the other guys. I am grateful for this opportunity to drive this car.” 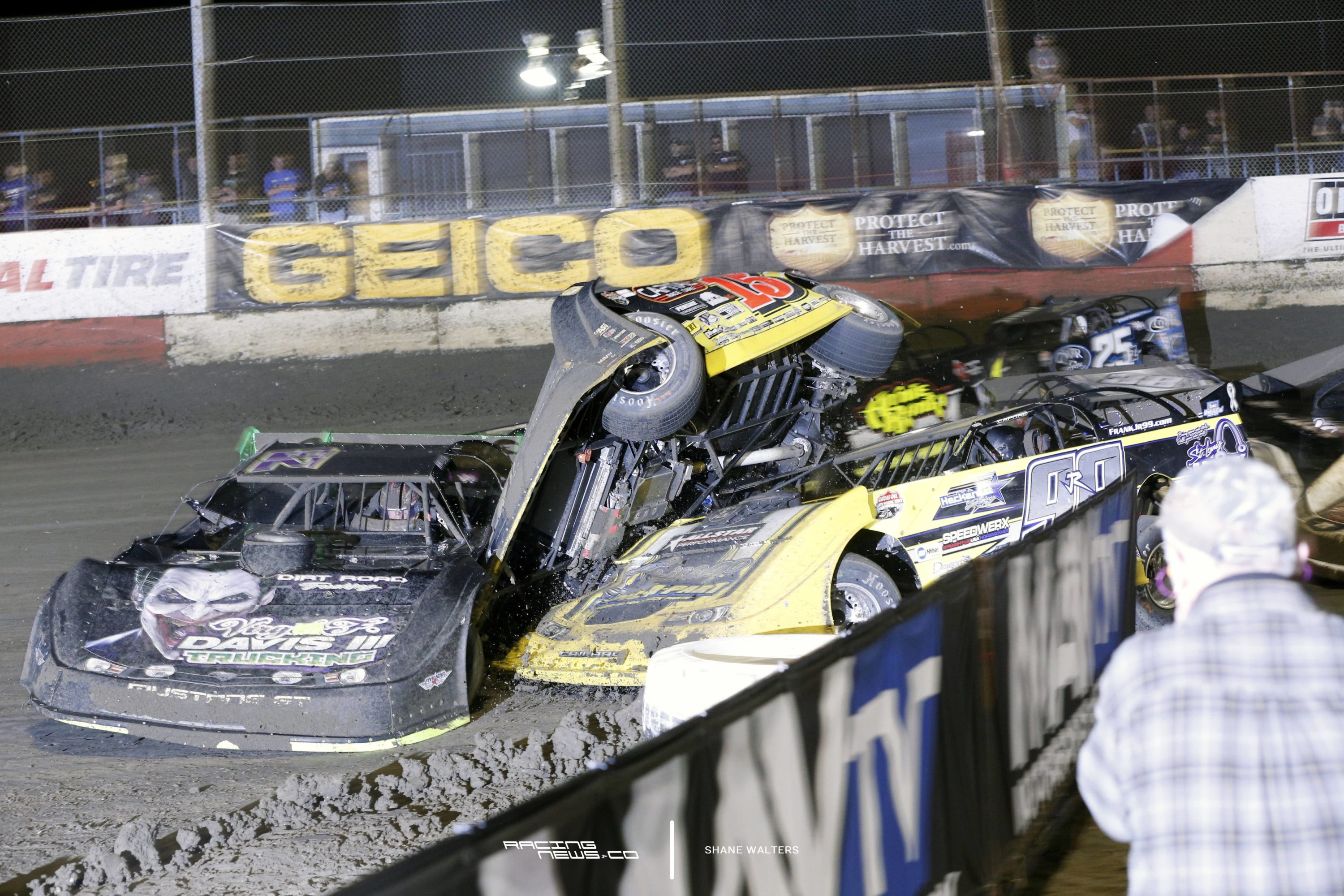 Steve Francis nearly rolled it. He was caught up in a parking lot of dirt late models in the middle of 1 and 2. The pressure between cars was too much, thus one had to be lifted to make room.

The #15 was the one that was lifted. He found himself parked on top of Frank Heckenast Jr. Red flag. When the dust settled, he climbed from his car, 6 feet in the air. All drivers involved walked away under their own power.

Last nights winner made the main event, but he had to fight to get there. Brandon Sheppard rolled to the back of the starting grid after netting a runner-up B-Main finish. However, in the main event, he was moving forward, passing 6+ cars in no time. That progress was halted when he suddenly pulled off the racetrack.

The hometown hero Kyle Bronson had trouble in his heat race. He was running well within a transfer spot. However, he missed the groove, slid up into the marbles and drove up the wall. Unsure, if a mechanical failure was the reason for the incident.