Brandon Sheppard drove his way to the lead tonight. He tops East Bay Raceway Park results after night 1 of the week long program.

The local hero Kyle Bronson had the eyes of the East Bay Raceway Park grandstands. The Brandon, FL resident finished 4th. A nice top five run at his home track. 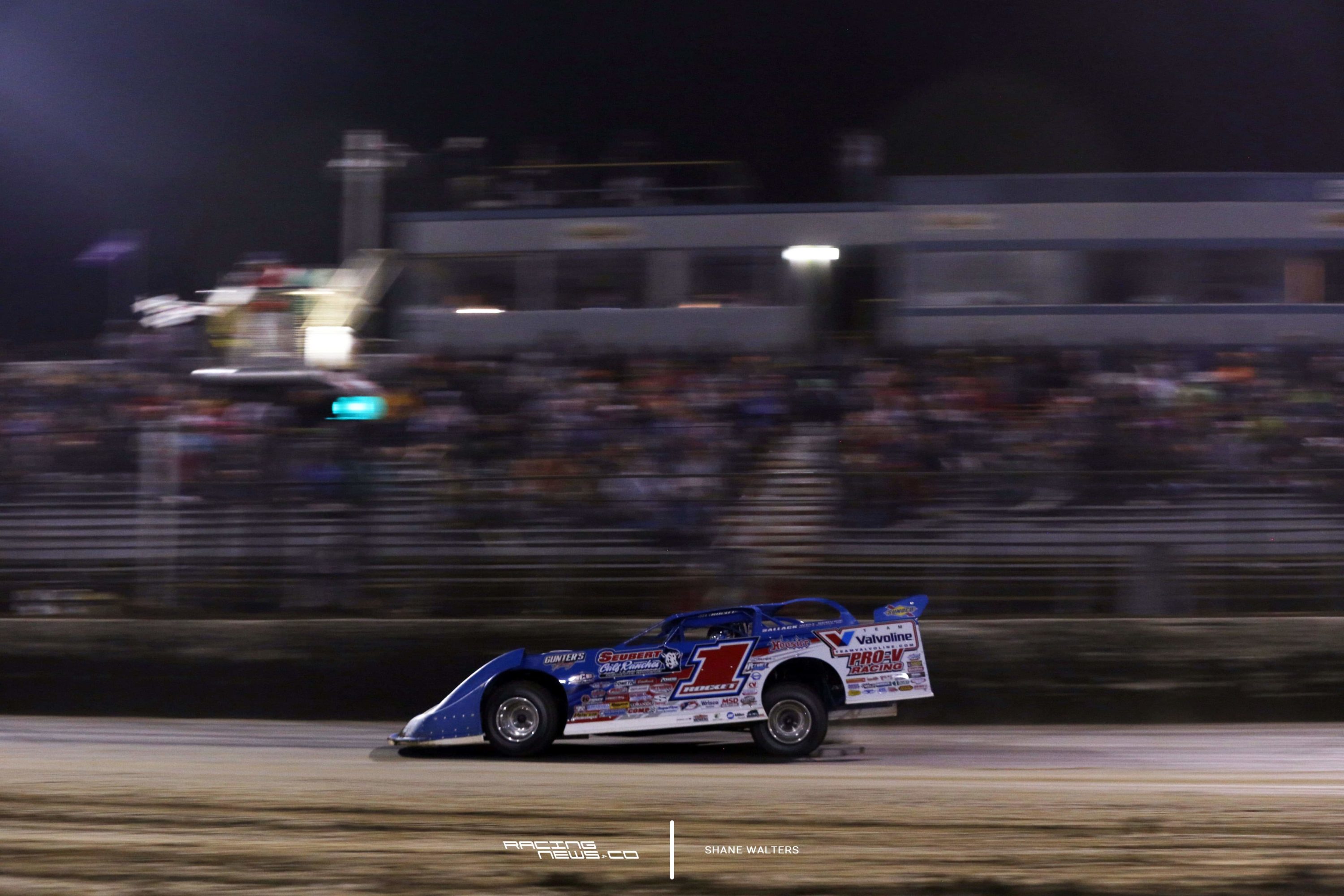 Brandon Sheppard started 4th and drove directly to the lead. That was it, he (for the most part) went uncontested.

“It’s good to finally get a win at East Bay. We have been coming here for several years and to do it on opening night this year feels great. In a short race like this you must get to the front as soon as you can. The car was good all night long. We could pass cars low and high and then we finally cleared Shirley. It was a good race up front. This Rocket XR-1 Chassis is just fabulous and the Durham Race Engine was flawless.”

Scott Bloomquist, recently in the news was at East Bay. He didn’t race. Electing to save his equipment for the higher paying shows later in the week. Don O’Neal, Darrell Lanigan and others were spotted in the pits with the same game plan.

The Lucas Oil Late Model Dirt Series invades Florida, all week. Tonight was the first night of 6 races that will be held at East Bay Raceway Park in Tampa, FL. The 1/3 bullring will showcase dirt late model racing, night after night.

The 41st Annual Internationals resumes tomorrow night. Where another $5,000 to win event is on the table for dirt late model drivers to take.